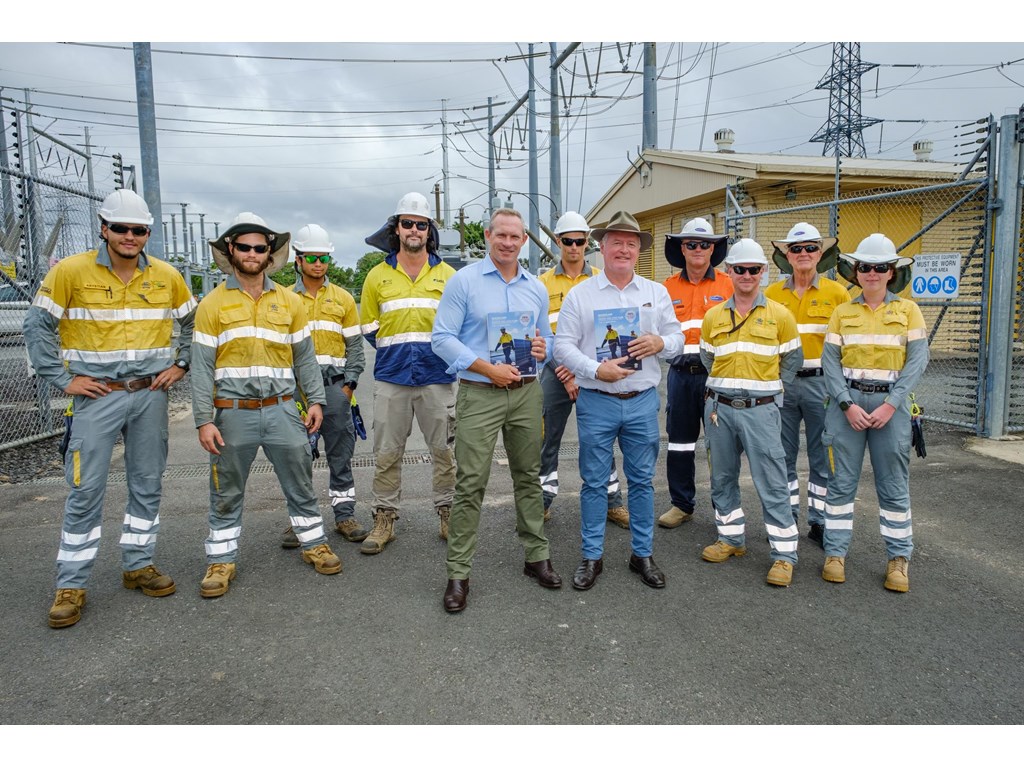 Construction work is underway on building a brand new 275kV Queensland SuperGrid Link between Cairns and Townsville as part of the Palaszczuk Government’s Queensland Energy and Jobs Plan.

“This Queensland SuperGrid link between Cairns and Townsville will improve the reliability, security and affordability of energy supply to North Queenslanders, and unlocks up to 500MW of additional renewable energy capacity on this third circuit to the far north.

“It means we can pump more renewables into the Queensland SuperGrid and create more good jobs in our publicly owned energy system for workers in North Queensland.

Speaker of the Queensland Parliament and Member for Mulgrave Curtis Pitt said the Government’s investment in this project was essential in supporting the $373 million Kaban Green Power Hub.

“That project has supported 250 jobs, and once complete this year will generate enough clean energy to power tens of thousands of homes,” Mr Pitt said.

That project, the first in the North Queensland Renewable Energy Zone, is perfectly positioned to capitalise on the world-renowned wind resources of Northern Queensland.

“With this new Queensland SuperGrid Link between Cairns to Townsville, more locals can get access to cheaper, cleaner, and more secure energy,” he said.

Assistant Minister for Tourism Industry Development and Member for Cairns Michael Healy said that more renewable energy in Far North Queensland was good for jobs, good for the economy, and good for the environment.

“By 2032 it means 70% of Queensland’s energy supply will be renewable – taking real action on climate change, protecting the reef, and responding to worsening natural disasters,” Mr Healy said.

“Our plan reduces household and business electricity emissions by an incredible 96% by 2040.

“The Queensland SuperGrid will be the electricity superhighway that connects our renewable energy to demand up and down the coast,” Minister de Brenni said.

“It means that wherever energy is generated, particularly in North Queensland–we can capture it, send it, or store it where it’s needed most.

“Because Queenslanders know that when it comes to essential services, public ownership is critical–our plan is to honour our commitment to 100% public ownership of our transmission networks,” he said.