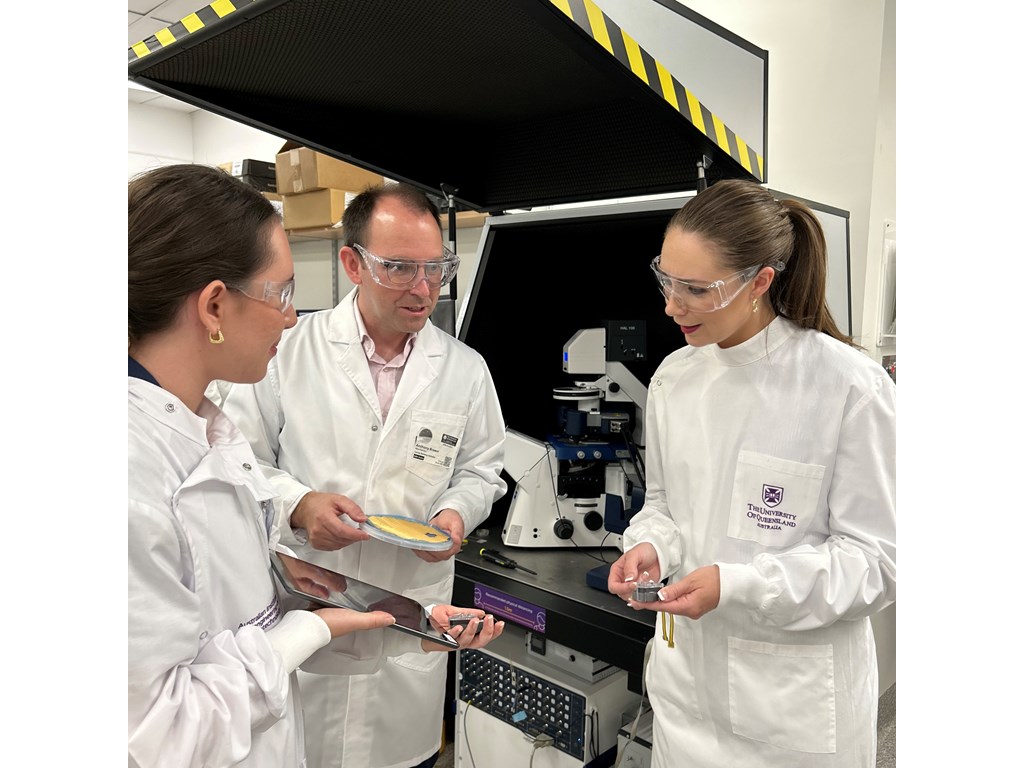 The Palaszczuk Government today joined the state’s scientific leaders to celebrate the completion of a major overhaul of the Queensland node of the Australian National Fabrication Facility (ANFF-Q).

It’s a facility that will be open-access to researchers and businesses developing new product and devices, including Queensland biotechnology start-up Vaxxas who is developing a needle-free way of delivering vaccines and researchers using snake venom to assist in wound treatment.

Science Minister Meaghan Scanlon said Queensland scientists continue to lead the world in a range of areas from biotech, medical treatment, and biomedical devices to nanoscience, semiconductors and quantum engineering.

“Queensland is no stranger to scientific excellence. It’s why the Palaszczuk Government has invested more than $29 million through its Research Infrastructure Co-investment Fund to drive science in our state, as well as another $17 million in this year’s budget to spark commercialisation,” Minister Scanlon said.

“The opening of the new cleanroom represents the conclusion of a four-year project to upgrade the facility to ensure it remains at the forefront of scientific exploration, boosting our competitive advantage in advanced manufacturing.

“In 2019, the Queensland Government provided $4.59 million to ANFF-Q from our $25 million Research Infrastructure Co-investment Fund for critical upgrades to this facility and the employment of specialist staff.”

A cleanroom makes it possible to create structures that are smaller than dust specks by eliminating those airborne particles.

Necessary for creating new components and devices while maintaining manufacturing quality, the new ANFF-Q cleanroom is an expansion of the earlier cleanroom, which has almost doubled in size from 100 to 190 square metres.

“This capability is fundamental to our nanoscience research and innovation efforts for everything from biomedical devices to semiconductors and quantum engineering.”

“ANFF-Q operates as an open-access facility, offering its expertise, services and equipment to other researchers and businesses developing new products and devices,” Professor Cooper-White said.

“Examples include the Queensland biotechnology start-up Vaxxas developing a needle-free way of delivering vaccines and researchers using snake venom to assist in wound treatment, demonstrating this infrastructure’s importance to our economy, and to helping improve the lives of millions of people worldwide.

“The most recent Queensland Government funding was essential for us to continue to provide not just world class fabrication facilities, but also world class expertise to work with our academia, the public sector and industry to ensure Queensland remains at the forefront of innovation,” Professor Cooper-White said.

ANFF Ltd CEO Jane Fitzpatrick said that as a leading member of the ANFF network, ANFF-Q had provided services to hundreds of researchers and companies who have had their work improved by the capabilities available.

“We are excited by the opportunities that can now be provided through this critical extension and upgrade for the facility,” she said.

University of Queensland Vice-Chancellor Professor Deborah Terry said UQ was proud to host ANFF-Q facilities on campus including a 3D nano printer – the first of its kind in Australia.

“The new machine prints materials that can’t be viewed with the human eye but researchers throughout Australia will undoubtedly see the benefits,” Professor Terry said.

“That’s why the University supports ANFF as a unique and vital open-access research facility.”

Minister Scanlon said innovations such as those by ANFF-Q are why the Research Infrastructure Co-investment Fund (RCIF) was so important to Queensland.

“ANFF-Q is to be congratulated for its efforts since 2007 to ensure Queensland scientists lead the world in these particular fields,” Minister Scanlon said.

“It’s the nature of scientific progress that scientific endeavour is often done out of the public eye, but this doesn’t lessen its vital importance.

“People born just a few generations ago marvel that diseases that were once killers have been contained – or that we now have medical devices that are nothing short of miraculous.

“It is important that the Palaszczuk Government continues to support and fund these endeavours.

“In total, the government has provided $26.7 million since 2019 to increase the capabilities of Queensland research facilities research infrastructure through the Research Infrastructure Co-investment Fund,” Ms Scanlon said.

The key purpose of the RICF is to provide critical co-investment in NCRIS facilities in Queensland.