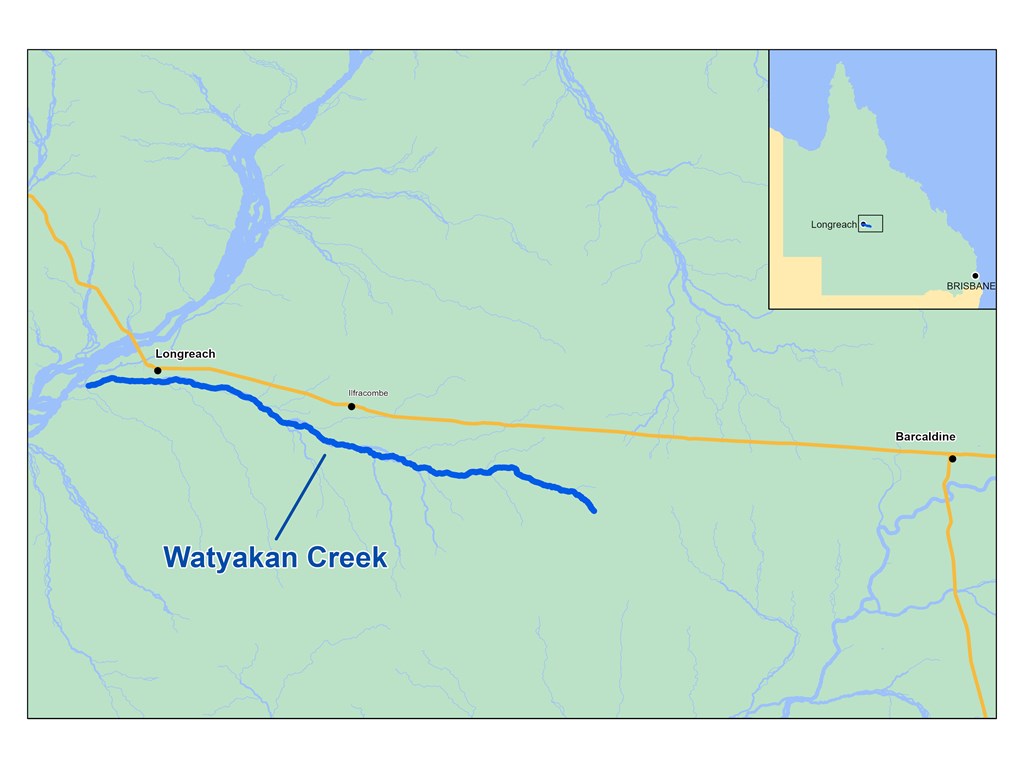 A creek near Longreach was officially renamed today to better reflect the watercourse’s cultural significance to local First Nations people.

“The new name Watyakan Creek honours the cultural significance and history of the creek to the Iningai and Bidjara people,” he said.

“Watyakan (said Watch-A-Kan) is an Iningai word for women’s creek and is a respectful way to pay tribute to those who historically camped near it.

“The former creek name is offensive, particularly towards First Nations women, and I’d like to thank the Longreach Regional Council for putting the name change proposal forward.”

A spokesperson for the custodians of Iningai Country said changing the name to Watyakan was the right thing to do.

“The former name of the creek and the real reasons it was called that has its origins in a disturbing part of our local history,” they said.

“This name change is a step forward for the community into a more inclusive future.”

Watyakan Creek runs through Iningai Country and covers southeast of Ilfracombe before joining the Thompson River.

Minister Stewart thanked those who took part in the name change consultation, which resulted in more than 120 submissions.

“Community consultation is essential in any decision-making process and provides a chance for everyone to have their voices heard,” he said.

“The Palaszczuk Government will continue to work with communities to use place names that embrace our First Nations people and their connections to country.”

The name change became official today after being published in the Queensland Government Gazette.