North West copper mine to ramp up production as demand grows 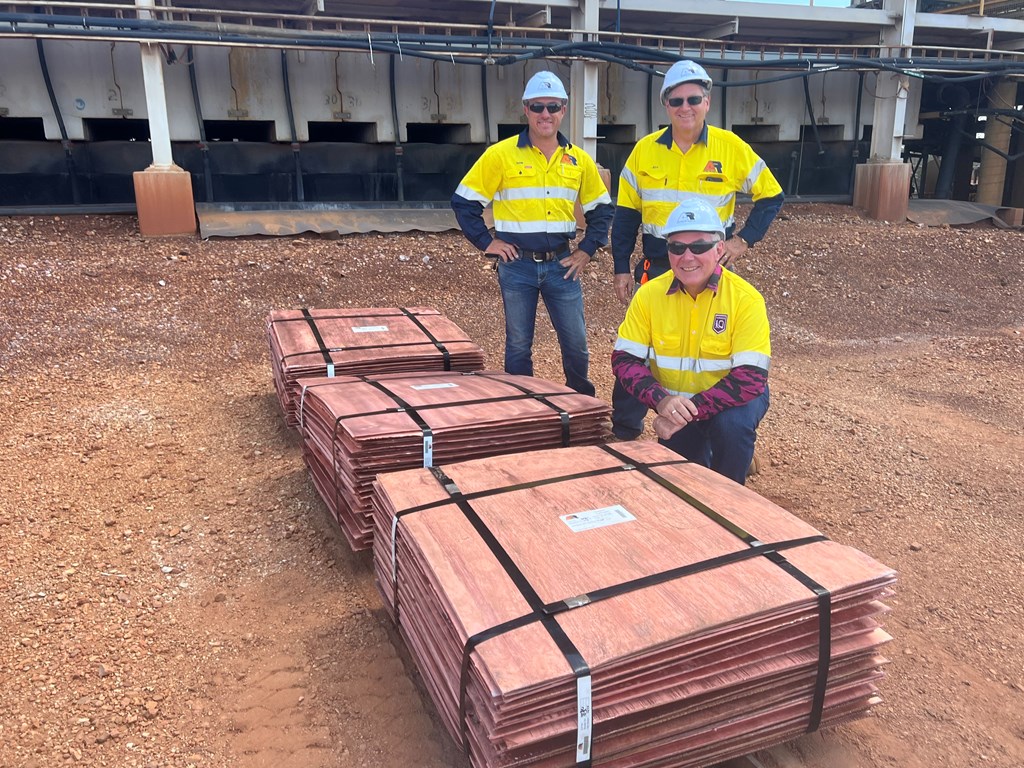 Production is ramping up at a North West Queensland copper mine as global demand for critical minerals grows.

Speaking at Austral Resources’ Anthill mine near Mount Isa, Resources Minister Scott Stewart said the recently opened mine aimed to produce more than 10,000 tonnes of copper cathode each year while supporting more than 140 good regional jobs.

“Mount Isa is the beating heart of the North West Minerals Province and copper has been king here ever since it was first discovered nearly 100 years ago,” Mr Stewart said.

“It is important to see continued investment in copper mining and exploration as this is one of the critical minerals needed for advanced and renewable technologies the world needs to decarbonise.

“By volume, Queensland accounts for about a quarter of all mined copper in Australia and we are only one of two states capable of processing copper concentrate thanks to the Mount Isa smelter.”

Mining at Anthill, located about 80km north-west of Mount Isa, started in January this year with the first Anthill copper cathode being produced in June 2022.

Austral Resources Chief Operating Officer Shane O’Connell said he was looking forward to future growth for the Anthill mine and other mines in the region.

“We have a strong pipeline of projects, and we want to continue to grow our portfolio of copper assets in the north west,” Mr O’Connell said.

“This includes a targeted exploration program across our tenure, which will help create more jobs, opportunities, and economic benefits for our existing partnerships and the local region as a whole as well as extend Austral’s life of the mine.”

Investment in the hunt for critical minerals like copper continues to surge in Queensland.

The big performer was copper, with exploration expenditure up 65.6 per cent to $165 million over the year.

“The statistics back up what we’re hearing from the industry: confidence is high, demand continues for Queensland’s energy and mineral resources,” he said.

“Queensland has the world-class endowments of critical minerals like copper, and our 30-year plan for the resources industry contains a suite of measures to find, mine, process and manufacture these minerals.