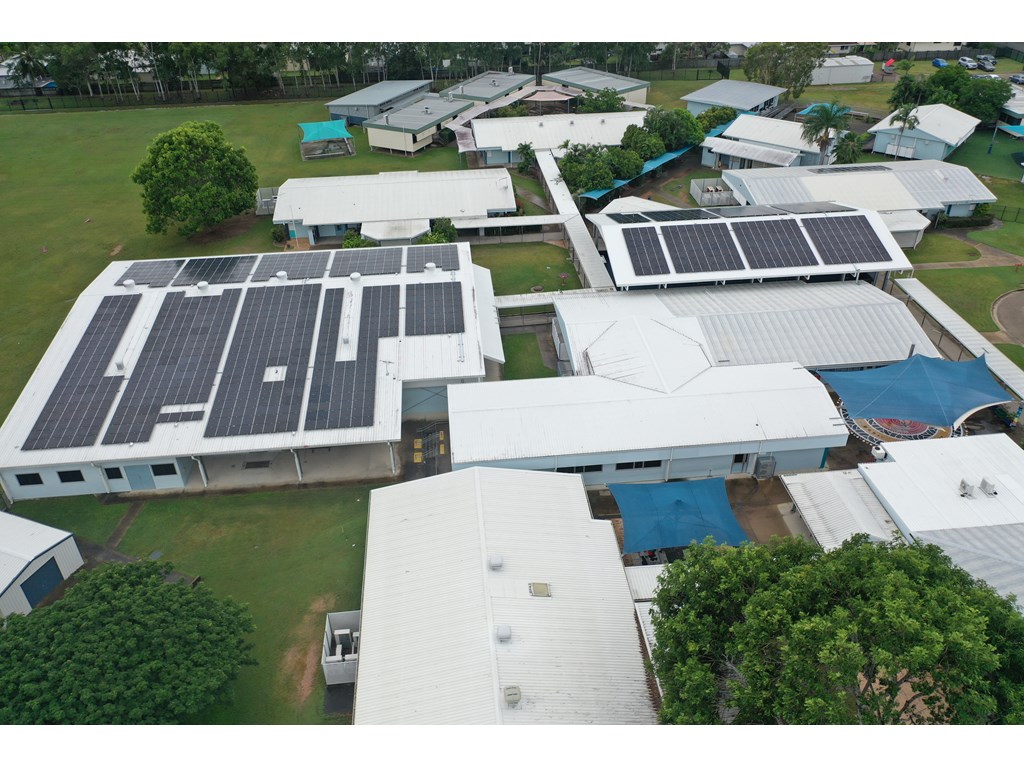 More than 8,400 solar panels have been installed at Townsville state schools to help slash electricity costs and cut carbon emissions.

Member for Thuringowa Aaron Harper said the program was good news for schools and great news for the Palaszczuk Government’s renewable energy target.

“ACES is making a significant contribution to the Palaszczuk Government’s 50% renewable energy target by 2030, with the 200,000 solar panels on state school rooftops expected to generate an average of 280MW of electricity every day,” Mr Harper said.

Member for Mundingburra Les Walker said the 8,400 panels in Townsville alone can generate around 12,000 kW of electricity every day.

“This is another example of the Palaszczuk Government’s commitment to delivering state-of-the-art facilities to our world-class schools and ensure a bright future for our children by taking action on climate change,” said Mr Walker.

Member for Townsville Scott Stewart said the completion of the ACES program took advantage of one of the city’s biggest assets.

“This program will help our schools become more energy efficient and shows students the benefits of sustainability in a practical way.”

In April, the Palaszczuk Government announced the completion of the $477 million Cooler Cleaner Schools Program in time for staff and students to enjoy air conditioning in every Queensland state school for the start of Term 2 – two months ahead of schedule and six years ahead of the LNP’s proposal.

With the completion of the ACES program, the solar panels delivered for more than 900 Queensland schools are helping to offset the added electricity costs of air conditioning.

The Willows State School had 593 solar panels installed which will offset the costs of air conditioning and other energy costs in a $440,000 investment.

Principal Michelle Donn said the school is delighted with their new solar panels, which can generate an average of 870kW of electricity every day.

"The ACES program has delivered both exceptional energy and cost savings to our school," Ms Donn said.

"Through this Queensland Government investment, our school is actively demonstrating the benefits of sustainability and showing our school community that clean and affordable energy benefits everyone.

“Our students are very excited and interested to know about the program.

“We look forward to re-directing the money we save thanks to the ACES program towards supporting all-important teaching, learning and wellbeing initiatives across the school.”