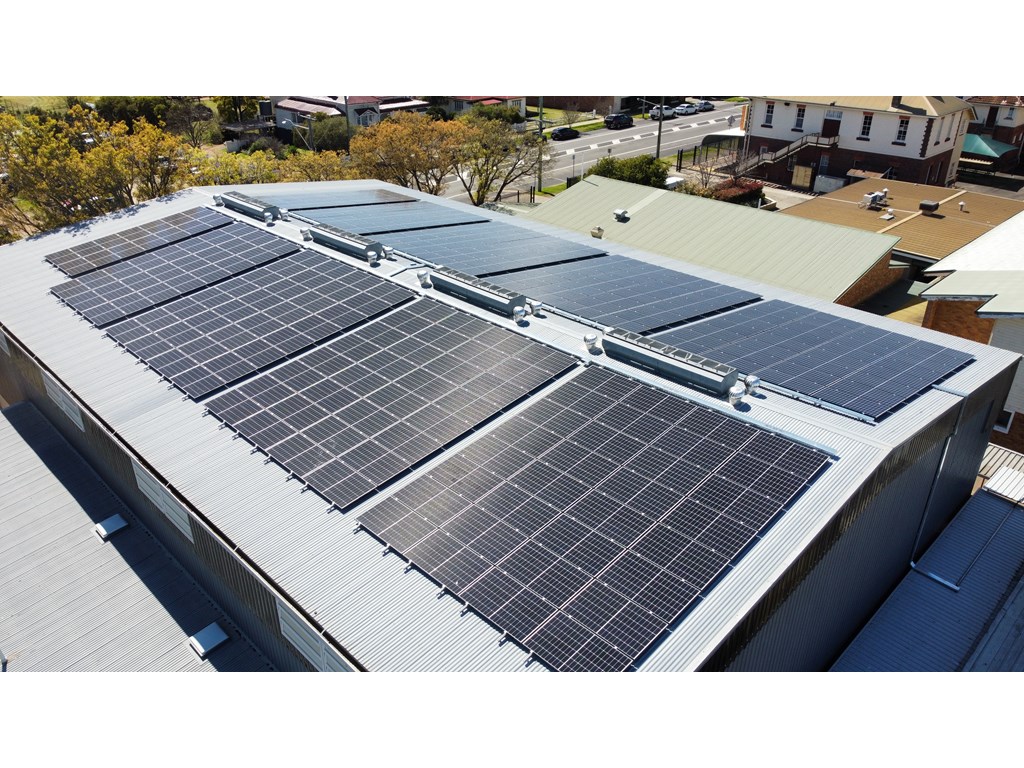 More than 15,000 solar panels have been installed at state schools across Toowoomba and the Darling Downs South West area, to help slash electricity costs and cut carbon emissions.

“The ACES program also supported about 1,000 jobs and kept Queenslanders working through the height of the pandemic.

Minister Grace said the program was good news for schools and great news for the Palaszczuk Government’s renewable energy target.

“ACES is making a significant contribution to the Palaszczuk Government’s 50% renewable energy target by 2030, with the 200,000 solar panels on state school rooftops expected to generate an average of 280MW of electricity per day,” Ms Grace said.

“The 15,000 panels in the Darling Downs South West region alone can generate around 20,000kW of electricity every day.

Warwick State High School had 270 solar panels installed which will offset the costs of air conditioning and other energy costs in a $150,000 investment.

Principal Joy Craig said the school is delighted with their new solar panels. On average, their panels can generate around 390kW of electricity per day.

"Warwick SHS is proud to be part of this initiative, which assists our environment and provides sustainable energy for the future,” Ms Craig said.