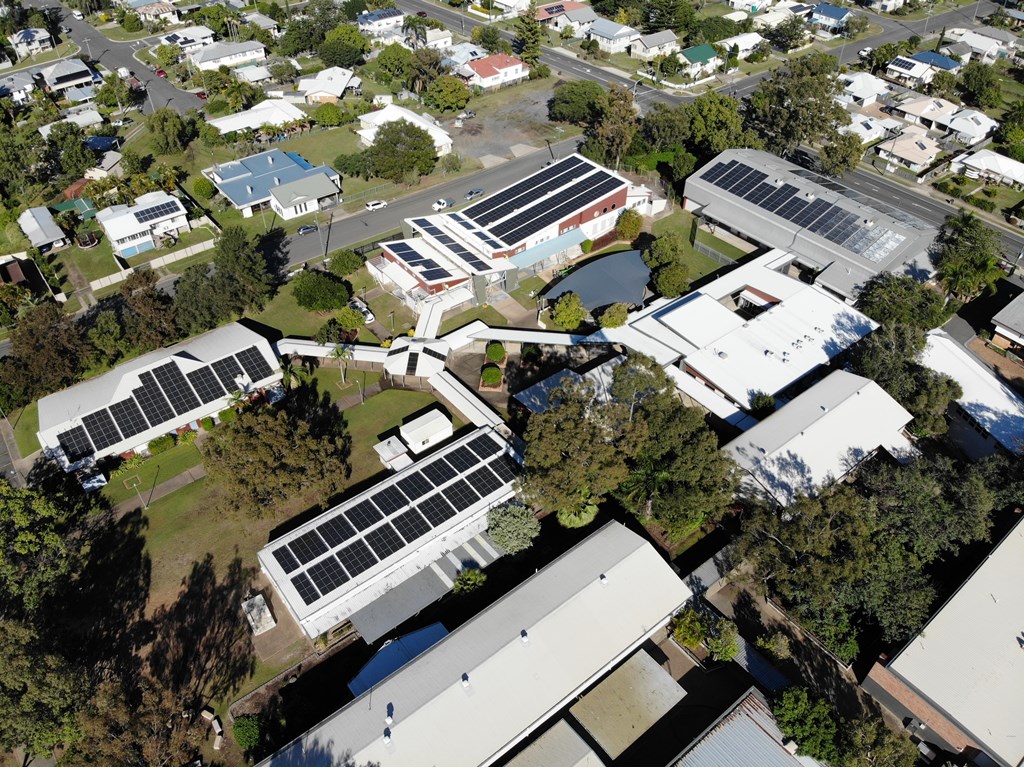 More than 7,500 solar panels have been installed at state schools across the Rockhampton and Livingstone areas to help slash electricity costs and cut carbon emissions.

Assistant Minister for Education and Member for Keppel, Brittany Lauga, said the program was good news for schools and great news for the Palaszczuk Government’s renewable energy target.

“ACES is making a significant contribution to the Palaszczuk Government’s 50% renewable energy target by 2030, with the 200,000 solar panels on state school rooftops expected to generate an average of 280MW of electricity per day,” Ms Lauga said.

“The 7,500 panels across the Rockhampton Region and Livingstone Shire alone can generate around 10,000kW of electricity every day.

Member for Rockhampton, Barry O’Rourke, said the completion of the ACES program follows the Palaszczuk Government’s delivery of air conditioning for every classroom, staff room and library in Queensland state schools.

“In April, we announced the completion of the $477 million Cooler Cleaner Schools Program in time for staff and students to enjoy air conditioning in every Queensland state school for the start of Term 2,” Mr O’Rourke said.

North Rockhampton State High School had 806 solar panels installed in a $540,000 investment. On average, their panels can generate around 1000kW of electricity per day.

Principal Kurt Goodwin said that the school expects significant savings due to the project.

“With the installation of the solar panels through the ACES program our school has reduced its energy costs by over 60 per cent annually,” Mr Goodwin said.

“The school welcomes the savings that come with this program which can be put towards programs and support for students.”

Yeppoon State School had 242 panels installed in a $130,000 investment. On average, their panels can generate around 310 kW of electricity per day.