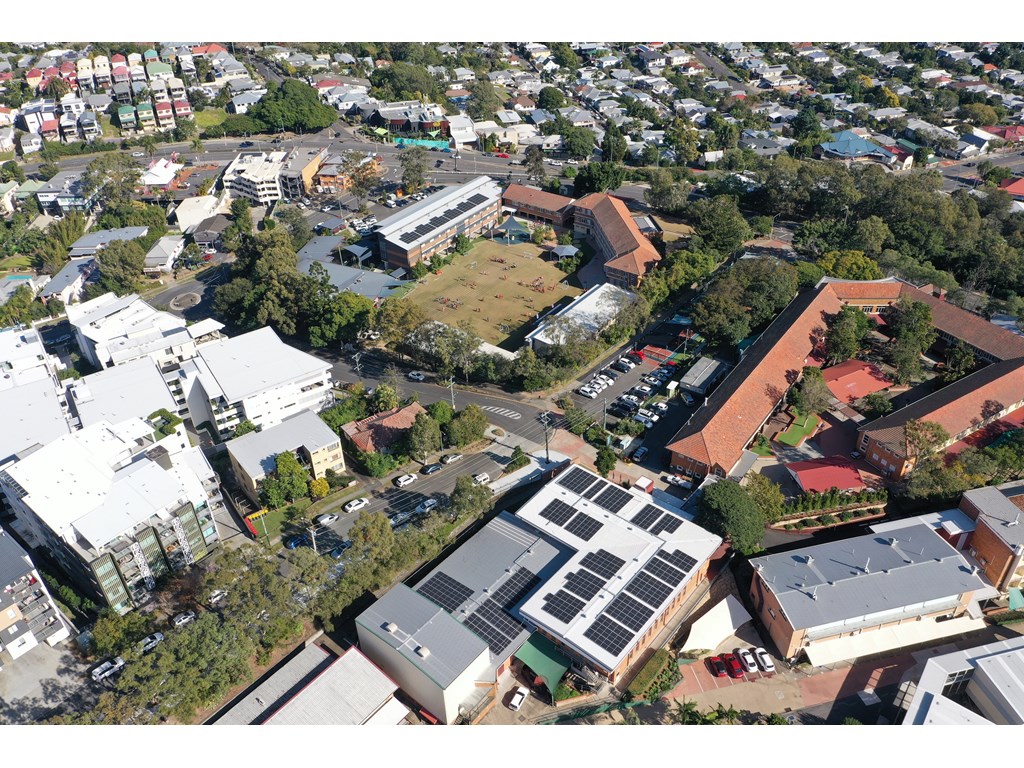 More than 400 solar panels have been installed at Kelvin Grove State College, part of the 200,000 panels delivered under the ACES program

A record number of Queensland schools have had solar panels installed to help slash electricity costs and cut carbon emissions.

“The ACES program also supported about 1,000 jobs and kept Queenslanders working through the height of the pandemic.

“ACES is making a significant contribution to the Palaszczuk Government’s 50% renewable energy target by 2030, with the 200,000 solar panels on state school rooftops expected to generate an average of 280 MW of electricity per day.

“Now the ACES program is complete, the solar panels we have delivered for more than 900 Queensland schools are helping to offset the added electricity costs of air conditioning.

“For example, in my electorate of McConnel, we’ve invested $330,000 into Kelvin Grove State College to provide 413 new solar panels.”

Kelvin Grove State College Principal, Llew Paulger, said the school is delighted with their new solar panels. On average, their panels can generate around 500kW of electricity per day.

"These new solar panels will not only deliver significant energy savings for the College but will also allow us to redirect these savings into important teaching and learning activities that will benefit every student,” Mr Paulger said.