Cbus Stadium gets the big picture 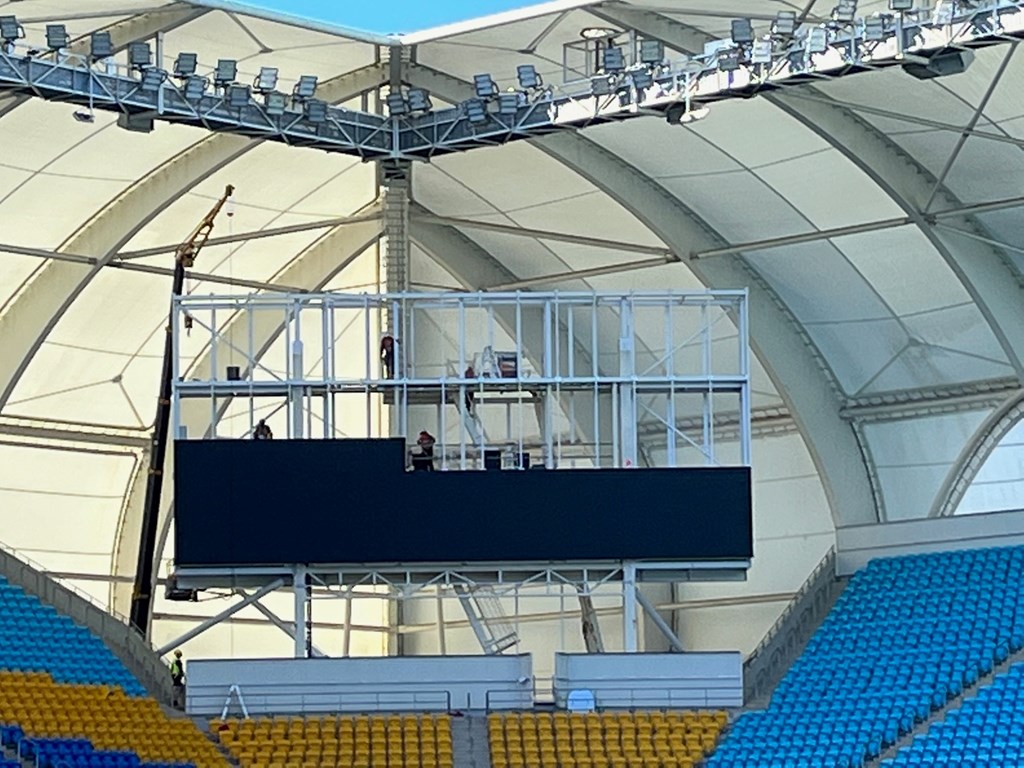 Queensland Champions Cup spectators at Cbus Super Stadium tonight will be the first to witness the big picture with the delivery of a new jumbo-sized video screen.

“The jumbo screen is hooked up and ready to shine for tonight’s first match of the Queensland Champions Cup, featuring the EPL’s Leeds United,” Mr Hinchliffe said.

“It will deliver a larger than life, high-definition experience for Cbus Super Stadium’s action replays of the Leeds United and Brisbane Roar match.

“Up-sized screens at Cbus Stadium are part of the Palaszczuk Government’s plan for delivering more significant sporting events on our green and gold runway to 2032.”

A second 120m2 screen in Cbus Super Stadium’s south west will be installed during October to reduce event disruption.

“It’s absolutely huge, in fact we’re encouraging fans on social media to guess how many panels are in the screen, for the chance to win four tickets to an upcoming match,” Mr Blundell said.

“It was quite the undertaking, we needed a 16-ton crane and a 14-ton mini crane to lift parts in safely, but we went from steel structure to screen within about three days.”

The old screens and their steel framing will be recycled.