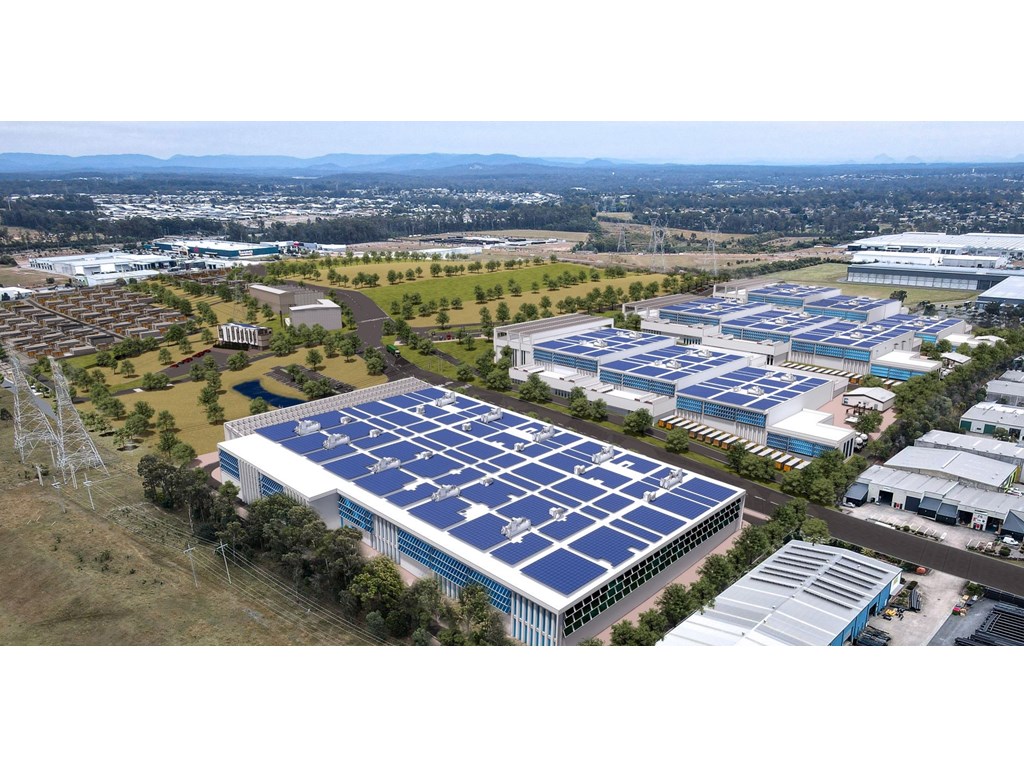 One of Australia’s largest proposed ‘green data’ storage facilities has been announced for the Moreton Bay region in a step forward for Queensland’s renewable and digital economies.

“The Supernode is an innovative new project planning to bring large-scale storage facilities for both data and battery energy to the one site,” Mr Miles said.

“This is one of the major new economy projects coming to Queensland thanks to the government’s strategic investment in digital technology infrastructure and renewable energy.

“We provided $15 million to support the Sunshine Coast Council in delivering Queensland’s first direct International Broadband Network Cable Landing Station and we are seeing the benefits of that investment.

“The Supernode also plans to leverage the excellent access Brendale has to the adjacent South Pine electricity substation for a battery-energy storage project that will assist the region’s energy resilience.

“Today’s announcement shows what the future holds for Queensland’s digital and renewables economy and the creation of knowledge-based jobs.”

Quinbrook Infrastructure Partners Managing Partner, David Scaysbrook said the Supernode had the potential to be a $2.5 billion-plus investment, developed in stages on a 30-hectare site.

The Supernode project is a key component of the company’s APAC Green Data strategy which develops and constructs renewable energy solutions for green data centres.

“South East Queensland’s imminent and direct access to fast global connectivity through Maroochydore to the Pacific makes it an excellent location for our large-scale data storage facility,” Mr Scaysbrook said.

“Our Supernode site at Brendale in Moreton Bay is also an unrivalled location for power supply resilience due to its access to three independent high voltage connections forming the major power transmission node for Queensland at South Pine substation.

“It also offers ample scope for powering our large-scale batteries with locally produced solar, wind and hydro sourced renewables which will also power the data centre campus as it grows.

“This is exactly the type of digital technology enabling project Queensland needs in the lead up to the 2032 Olympic and Paralympic Games, supporting data intensive industries such as post-production for the burgeoning film industry here in Queensland.”

Quinbrook has commenced the marketing of Supernode to prospective data centre operators and has lodged applications to enable construction to commence in mid-2023 on the battery storage infrastructure.

Moreton Bay Regional Council Mayor Peter Flannery said the announcement of Quinbrook’s Supernode Project setting up operations in Brendale will have a significant impact in the region and will create jobs of the future.

‘’Knowledge, Innovation and Entrepreneurship is a priority in Council’s Regional Economic Development Strategy (REDS 2020-2041) to position the region as South East Queensland’s $40 billion engine room and to be a top regional innovation hub.

“As Council, we’re delivering jobs by actively working with the private sector and the state government to facilitate more investments and create 100,000 jobs.

‘’Brendale is a well-established industrial precinct that has been named one of the top 10 places to work in the greater South East Queensland region. Its credentials are buoyed by smart city infrastructure, high productivity, a sustainability focus and easy logistics and market access.

“We welcome Quinbrook to South-East Queensland’s engine room and look forward to seeing the economic benefits that this world class project will bring to the Moreton Bay Region and its residents.”

“Constructing the Supernode in Brendale is a show of confidence in the region and in Queensland’s future as a renewable energy powerhouse,” Ms Boyd said.

“In the future, the large-scale batteries and data centre could be powered by pure Queensland wind and sunshine.

“Large scale data storage will support new jobs in and allow the region to continue to boom in the lead up to Brisbane 2032.”