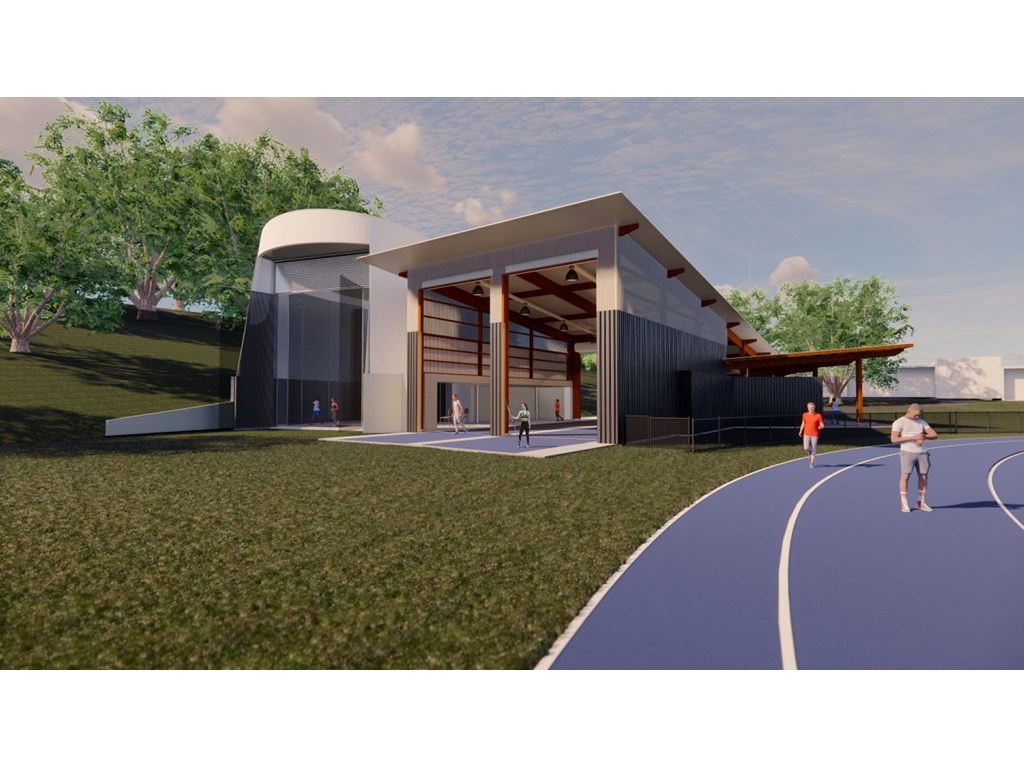 Construction is about to begin on a new $2.7 million centre of excellence at the Queensland Sport and Athletics Centre (QSAC) for the State’s shot put, discus, javelin and decathlon stars of the future.

“This high-performance, centre of excellence for elite and emerging athletes is another important step in Queensland’s transformational journey to the 2032 Olympic and Paralympic Games,” Mr Hinchliffe said.

“As a National Throws Centre of Excellence this will be Queensland’s elite training hub for discus, shot put, javelin, hammer throw and decathlon.

“The $2.7 million centre delivers a new indoor training and testing centre for Olympic and Paralympic throw events and an outdoor precinct at the northern end of QSAC’s athletics track.

“Funded in partnership with Athletics Australia, we know the centre will be sought after by national teams training for Australian and international events.

“When athletes have the tools and support to strive for excellence, they maximise Queensland’s potential for a record Games medal haul on home soil.

“The National Throws Centre is the next instalment in Queensland’s transformational golden decades of opportunity before and after the 2032 Games.”

Athletes will start training at the National Throws Centre of Excellence by the end of 2022.

The Palaszczuk Government is investing $1.85 million in the centre with Athletics Australia contributing $850,000.

“We have a very proud history of success in throws, with Tokyo Olympians Kelsey-Lee Barber and Matt Denny just two of our athletes who have performed at the pinnacle,” Mr Bromley said.

“With the Brisbane 2032 Olympic and Paralympic Games, we have a unique opportunity to advance our sport even further and the National Throws Centre of Excellence will go a long way in developing our throwers of tomorrow.

"We hope this will be the first of many collaborations with the Queensland Government and the QAS as we work together to put our sport in the strongest position ahead of 2032.”

“I am so excited about the National Throws Centre, it will enhance our training immensely,” Mr Denny said.

“It brings a new age of track and field throwers to Queensland and depth to our already successful past in throws.

“This centre will make a clear difference to my personal development toward the 2024 Paris Olympics and provide the fuel for my goal of the 2032 Brisbane Olympics.”

A high-performance boxing training facility will also be built under the existing QSAC stands in partnership with Boxing Australia and is planned for completion by December.

The new training facilities at QSAC complement $1 million of upgrades at Chandler’s Sleeman Sports Complex to accommodate a high-performance gym and health suites at the northern end of Anna Meares Velodrome.

Queensland Academy of Sport Chief Executive Chelsea Warr said the National Throws Centre and the recently opened $9.8 million gym and athlete science lab are part of a network of programs and facilities to help Queensland athletes to get that winning edge.

“Along with our Youfor2032 talent identification program, which will unfold across Queensland over the next few months, we are well out of the blocks to ensuring Queensland’s most talented athletes, both current and future, are best prepared for Paris, LA and 2032,” said Ms Warr.