Premier and Minister for the Olympics
The Honourable Annastacia Palaszczuk 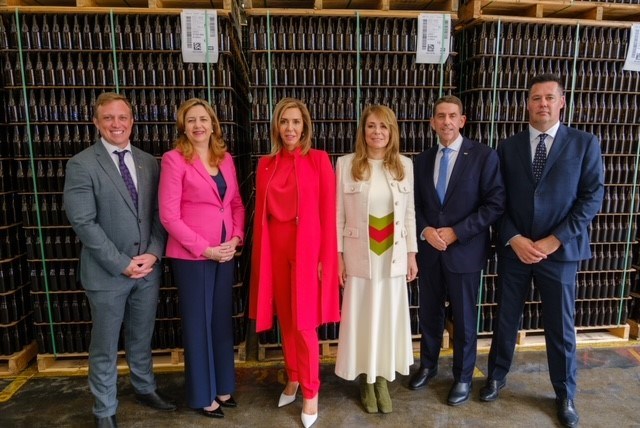 More than 200 manufacturing jobs at Visy’s Brisbane glass factory have been protected by the Palaszczuk Government as part of a deal to secure a site for a key 2032 Olympic venue.

Premier and Minister for the Olympics Annastacia Palaszczuk said the deal was a win for jobs – today and for the next decade.

“This is a key milestone for one of the vital infrastructure pieces of the 2032 Olympic and Paralympic Games – the International Broadcast Centre,” the Premier said.

“This deal secures the site for the IBC, but it also secures the manufacturing jobs currently located at the Visy factory in West End.”

The agreement to secure the IBC site is part of a broader deal between the Palaszczuk Government and Visy which will see the company invest $700 million in Queensland.

“The Palaszczuk Government has secured the preferred site for the International Broadcast Centre, which will broadcast images from Brisbane 2032 to the world,” the Deputy Premier said.

“Visy’s $700 million investment in Queensland will see the company build a new glass manufacturing facility at Stapylton to replace the facility at West End.

“Thanks to a $16 million investment by the Palaszczuk Government, committed to at the last election, Visy will invest in major upgrades to the Material Recovery Facility on Gibson Island.

“They will also build a new cardboard box factory at Hemmant.”

Treasurer and Minister for Trade and Investment Cameron Dick said the Queensland Government would pay Visy $165 million for its historic riverfront site in West End.

“Our agreement with Visy will increase the number of Queensland manufacturing jobs with Visy to around 300 and will create an additional 600 construction jobs building the new factory at Staplyton and hundreds more at the other sites,” the Treasurer said.

“Since we secured the 2032 Olympic and Paralympic Games, we’ve made it clear the International Broadcast Centre could not come at the expense of traditional manufacturing jobs.

“I thank Queensland Treasury officials for their hard work in getting this deal done to secure these Queensland jobs."

“This is the largest investment Visy has ever made in Queensland,” said Pratt, “and is part of my pledge to invest $2 billion in Australia over the decade.

“I commend Premier Palaszczuk and her Government for its leadership in support of Australian manufacturing.

“This $700 million investment confirms the Government’s economic plan to grow the State’s economy and create advanced manufacturing jobs is working.

“Under Premier Palaszczuk’s leadership, Queensland has become a global powerhouse for manufacturing.”