Hydrogen to fuel Emerald buses for miners and school kids 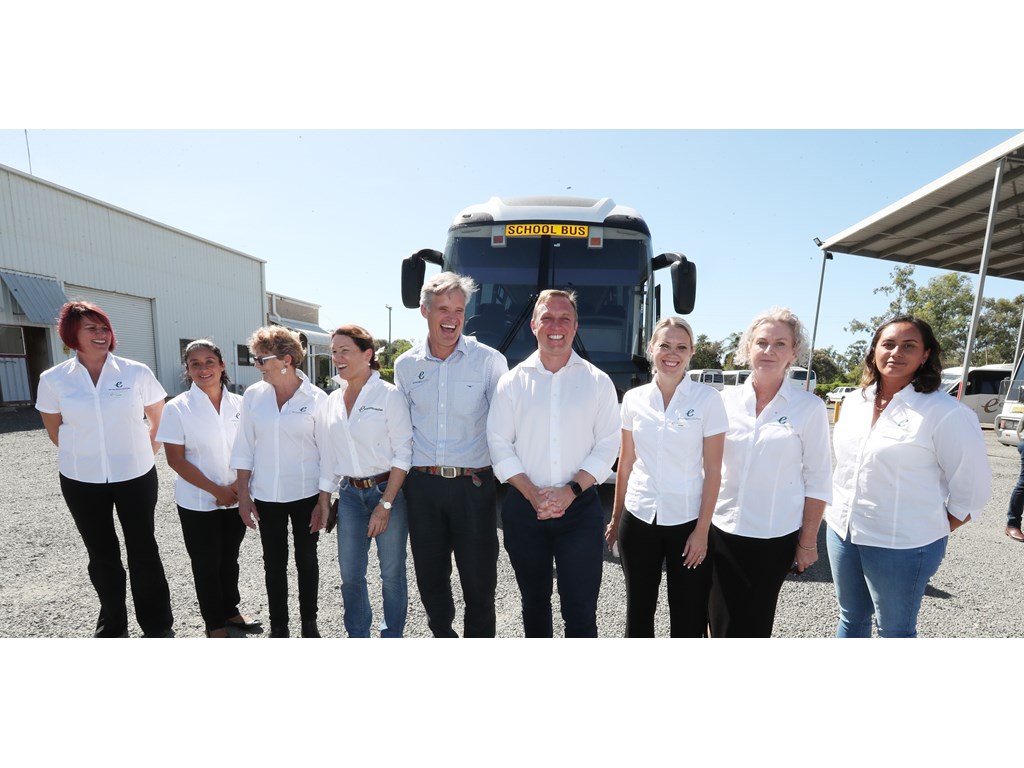 Buses powered with renewable hydrogen will transport mine workers and students in the Bowen Basin, thanks to $2.7 million in support from the Palaszczuk Government.

Acting Premier and Minister for State Development Steven Miles said local bus company Emerald Coaches would be supported by a grant from round two of the $35 million Hydrogen Industry Development Fund (HIDF).

“The Palaszczuk Government is supporting the use of renewable energy for public transport across the state, including for longer-distance travel,” Mr Miles said.

“This project will demonstrate the commercial viability of transitioning a regional bus fleet to new technology renewable hydrogen.”

“The hydrogen fuel cell electric buses will service school routes and mine sites and will be capable of travelling hundreds of kilometres a day on a single tank of hydrogen,” Mr Miles said.

The total zero-emissions transition is estimated to cost $100 million by 2040.

Round two of the HIDF will see more than $20 million allocated to renewable hydrogen technology projects that are expected to support hundreds of highly skilled jobs.

Minister for Energy, Renewables and Hydrogen Mick de Brenni said Emerald Coaches was the latest addition to the Queensland section of the national Hydrogen Superhighway that would open up clean energy for domestic use in heavy transport.

“Projects are being progressed across Queensland from the tip of Cape York to the border with New South Wales, and will ensure we keep bringing world-leading energy technology to Queensland,” Mr de Brenni said.

“This is the HIDF’s largest investment so far in our growing hydrogen supply chain.

“The addition of Emerald builds on the tri-state MoU with New South Wales and Victoria and delivers on our commitment to innovation, economic growth and more highly skilled jobs for Queenslanders.”

“We’ve made a commitment that every new bus in South East Queensland would be zero emission from 2025, and that commitment expands to our regions between 2025 and 2030.”

“Emerald Coaches is the first private bus operator in Australia to commit to zero carbon emissions by 2040,” Mr Baulch said.

“We want to lead the transition to zero emissions while providing education and training in this exciting emerging industry.”

“This HIDF grant means we’re now on the way to establishing a hydrogen bus fleet that can operate throughout the Central Highlands and Mackay regions, fuelled by hydrogen produced from local sunshine and water.”

The HIDF aligns with Queensland’s Recovery Plan to rebuild the state economy after the effects of COVID-19.

The fund assists in driving investment and accelerating the development of hydrogen projects in Queensland. It supports the Queensland Hydrogen Industry Strategy to grow a sustainable hydrogen industry that supports renewable resources, creates jobs and strengthens our economy.

The HIDF is supporting projects across Queensland that focus on domestic uses of renewable hydrogen.