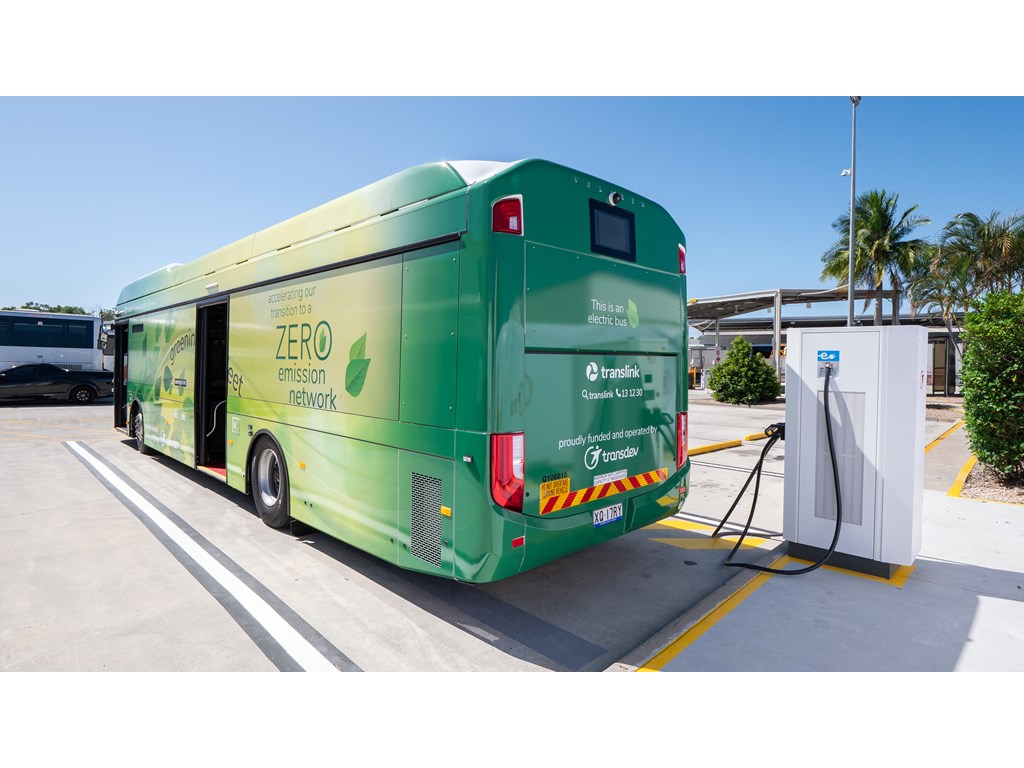 “We’ve made a commitment that every new bus in South East Queensland would be zero emission from 2025, so to see it happening now is a fantastic achievement,” Mr Bailey said.

“Electric buses are better for the environment and mean people will be breathing in fresher, cleaner air when they are walking around.

“We’ve had some electric buses in SEQ since April last year, and now we’ll have an extra 30 hitting the road across Cairns, Gold Coast, Sunshine Coast and Logan.”

“The Currumbin depot will be powered completely by renewable energy including a 56kW solar panel array,” Ms Scanlon said.

“Having an emissions free bus depot here on the Gold Coast is fantastic not only for our local environment, but all of Queensland.

“Transport is the second biggest emitter in Queensland but is rapidly evolving to embrace zero emissions technology.

“The depot will eventually be home to 14 electric buses, some of which will service the 777-route connecting the Gold Coast Airport in Coolangatta with the heart of the city, meaning this will be the first impression tourists have when they touch down in Queensland.

“This is huge also for our Queensland Climate Action Plan. Our research shows each electric bus could save as much as 1,000 tonnes of greenhouse gases over its lifespan and deliver many community benefits with less noise and harmful air pollution.

“Queensland is seizing the opportunities to act on climate change, create jobs and set Queensland in a nation-leading position for the future.

“I’m sure customers across Queensland will enjoy riding on the new buses knowing that the project is playing an important role in the future of public transport in this state.”

Kinetic-owned Sunbus will introduce five new buses each on the Sunshine Coast and Cairns from early May and June respectively, while sister company Surfside Buslines will launch 10 new electric buses on the Gold Coast from late June.

Gold Coast bus manufacturer BusTech is continuing the build of 10 electric buses for Clarks Logan City, which are due to commence services in Logan in June.

“We congratulate the Queensland Government on its leadership transitioning bus networks to greener, cleaner technologies and we’re proud to bring to the table our experience operating zero emissions buses in other major cities including in Auckland, Christchurch and soon in Melbourne.”

Clarks Logan City Director Reg Clark said he was looking forward to adding the electric buses to the business’ fleet.

"We are very excited to see the reaction of the community to not only a zero-emission fleet but also to how the fleet will perform," Mr Clark said.

"The opportunities this project is providing, not just from a new technology perspective but also the new skill sets we will be embracing, is beyond exciting and will further embed Logan as a community of choice.

“With the locally-acquired Tritium charger installation complete and the buses in build down the road at BusTech, this project really ticks all the boxes from a local supply chain perspective.”

Sixteen new Hornibrook Bus Lines electric buses, as well as two bioethanol-fuelled buses bound for a 12-month trial in Mackay, are also scheduled to arrive on the network later this year.