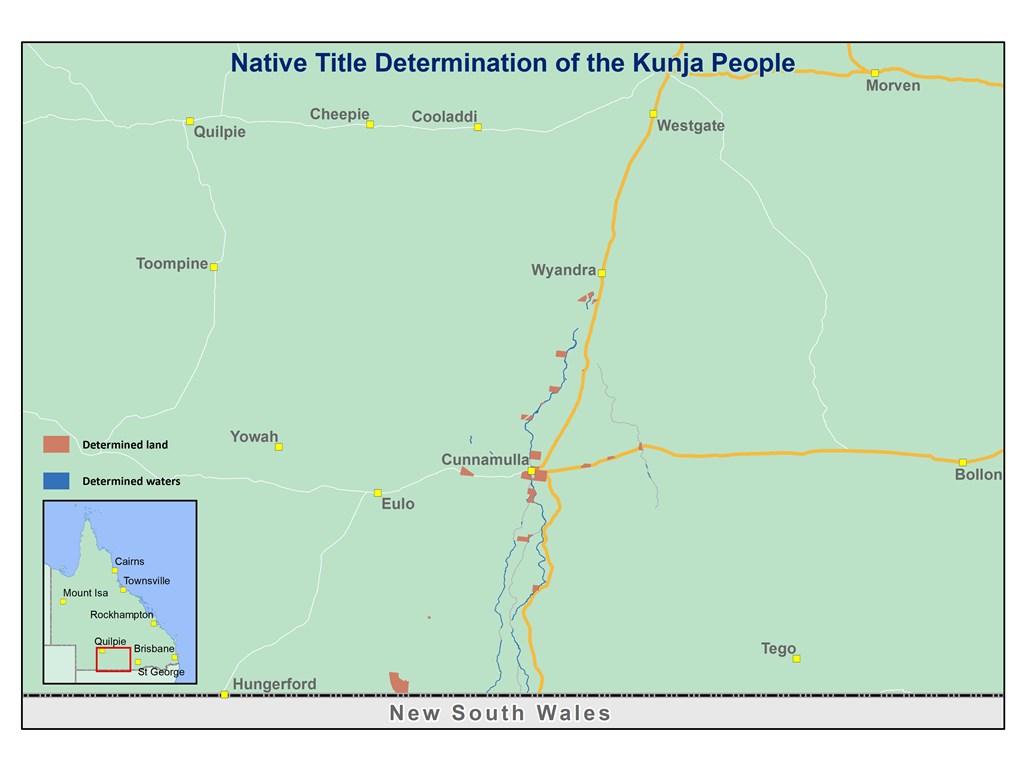 Traditional Custodian Stephen Howarth said the determination, made on country today at Cunnamulla, would ensure his people’s culture and language continues to be passed down for generations.

“This native title determination is vitally important for our young people who need to connect to Country because if they don’t our culture and our language will be lost,” the 55-year-old said.

“There are some First Nations languages and cultures that aren’t lost, they’re just asleep – and for us, this is an awakening.

“By recognising the Kunja People as the traditional custodians of the land, our language, identity and culture will be awoken in our young people.”

“In fact the name of the town Cunnamulla is a Kunja word meaning ‘large waterhole’, referring to a section of the Warrego River.”

“I congratulate the Kunja People on reaching this significant milestone which will help ensure their traditions and values are respected and preserved for future generations.”

“This landmark decision is the latest highpoint for truth-telling and reconciliation in this state,” Mr Crawford said.

Traditional Owner Maureen McKellar said the determination was a significant step forward for the Kunja People.

“Recognition of native title gives our Kunja People the right to negotiate on our Country – it is about working together with graziers and others, and to build up those relationships,” she said.

Mr Howarth said the Federal Court’s decision would not be possible without the hard work of those who had come before him.

“Our mob have been very resilient in this journey and sadly there are some who won’t physically be here to see this day,” he said.

“I hope they will be here in spirit.”

“Native title is now recognised in more than 30 per cent of our state – this demonstrates our government’s ongoing commitment to working alongside Indigenous Queenslanders to recognise their native title rights.”