Explorers to have a dig at finding new economy mineral bounty 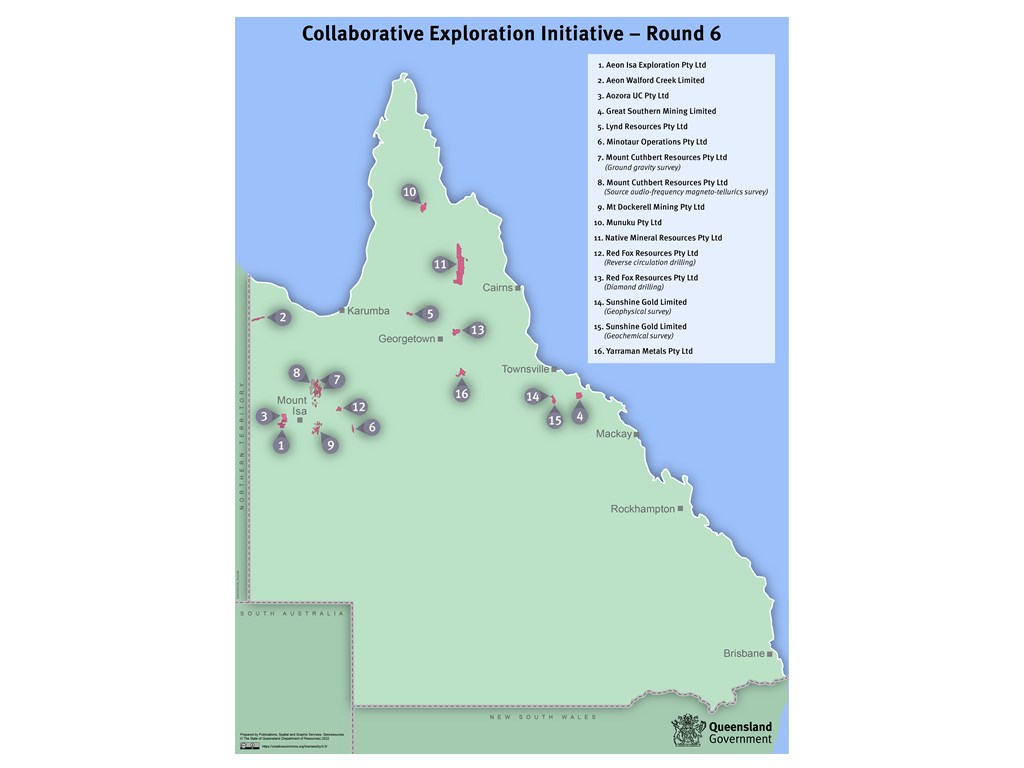 A Townsville company is among 13 explorers who will be digging, sampling, drilling, and surveying across Queensland in a bid to uncover the in-demand new economy minerals used in the global energy transition.

“The Palaszczuk Government is committed to investing in the growing new economy minerals sector, which is powering the global energy transition and creating the next wave of resources jobs for Queenslanders.

“These grants of $2.5 million provide the financial safety net for junior explorers like Sunshine Gold to be innovative and uncover more deposits, which will lead to more projects and more jobs.

“We want Queensland to mine, process, and manufacture those new economy minerals to create jobs and produce royalties that will fund Queensland schools, hospitals and roads.”

The Collaborative Exploration Initiative grants are part of the Palaszczuk Government’s $23 million New Economy Minerals Initiative, which aims to support a sustainable pipeline of new economy minerals projects into the future.

The latest round of grants will support projects across rural and regional Queensland including projects near Chillagoe, Georgetown, Mount Isa, Townsville, and Proserpine.

Mr Keys said the grants would allow his company to accelerate their projects, one of which involves geophysical exploration, field mapping and geochemical soil sampling near Ravenswood, 130km south west of Townsville.

“It allows us to fast-track exploration that would have taken us longer,” he said.

“We will be able to refine drill locations and it progresses us to the next stage of drilling.

“The grants validate our work to date and our science, and it takes off the funding pressure that junior explorers always contend with.”

“It’s the Palaszczuk Government who is backing the resources industry through grants like this, as well as our plan to build a common-use vanadium processing plant in Townsville,” he said.

Member for Thuringowa Aaron Harper said the resources industry was important for Townsville.

“The resources sector employs thousands of people directly and indirectly in the city so these exploration grants are important to continue to grow the industry as the demand for new economy minerals increases,” Mr Harper said.

Mr Stewart said jobs in minerals and exploration sectors continue to boom on the back of increased investment in the sector.

“The resources industry directly supports about 80,000 jobs across the state, particularly in the regions, which account for about two-thirds of all mining jobs,” he said.

“Jobs in minerals mining and quarrying have almost drawn level with jobs in coal mining, which shows the potential minerals have for creating jobs and economic benefits for our state.”

Data collected from the projects will be available via the Queensland Government’s geological Open Data Portal, to encourage further exploration and mining investment in Queensland.

As well as Sunshine Gold, other companies and their projects are: