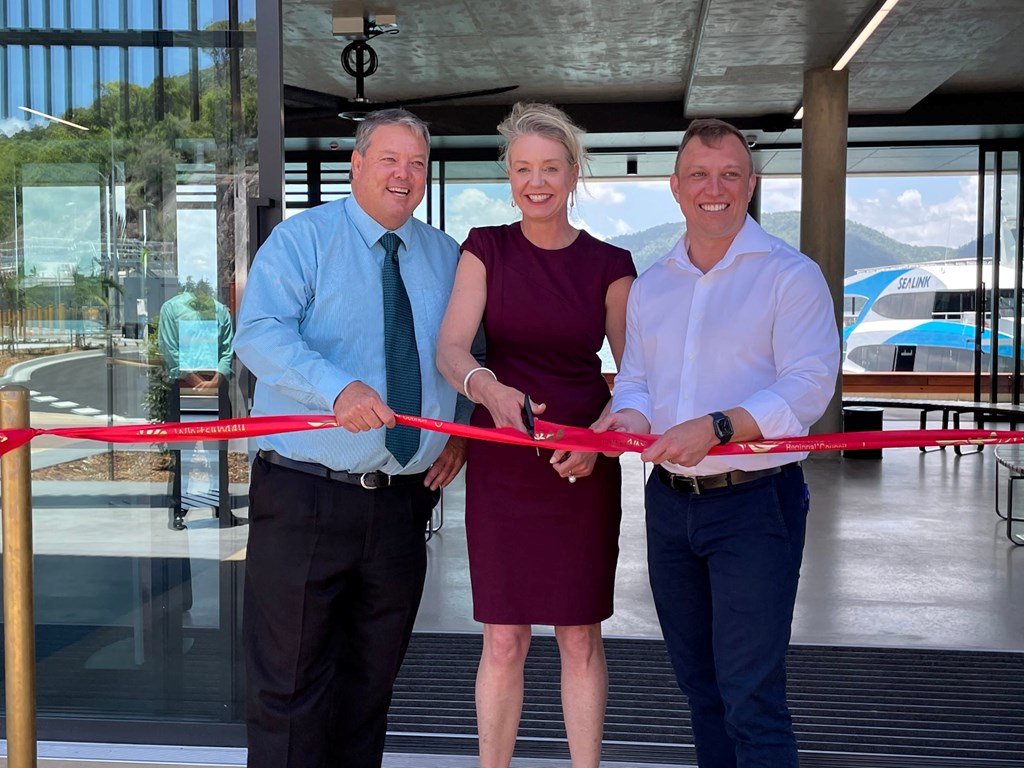 Federal Minister for Emergency Management and National Recovery and Resilience, Senator the Hon Bridget McKenzie said the rebuild of Shute Harbour Marine Terminal is a significant investment in the region by local, state and federal governments.

“The $63.5 million project has seen a complete rebuild of the marine facility after it was extensively damaged during Severe Tropical Cyclone Debbie in March 2017,” Minister McKenzie said.

“Shute Harbour is the gateway to the internationally renowned Whitsunday Islands, which is why all three levels of government have worked closely together on this flagship recovery project.

“Supporting the tourism industry and associated small businesses is a vital component of ensuring economic success in our regions which in turn creates jobs and builds futures.

“The Australian and Queensland Governments are pleased to be able to support Whitsunday Regional Council through the jointly funded Natural Disaster Relief and Recovery Arrangements (NDRRA) to deliver this important project.

“The new seawall has raised the level of the entire site by up to an extra metre to be more resilient against storm surges in the future. We continue to stand shoulder to shoulder with these communities to assist in repairing the damage caused by these events.”

“This has been a vital and complex project that has also driven employment and economic recovery in the Whitsunday region, which has dealt with the dual impacts of the cyclone in 2017 and the current COVID-19 global pandemic,” Mr Miles said.

“With the completion of the Shute Harbour Marine Terminal and the opening of the borders following the COVID restrictions, Whitsunday Regional Council is ready and equipped to embark on an exciting new future.

“Shute Harbour will be a key transport and tourism facility for tens of thousands of visitors to the region and we’re pleased the Whitsundays is ready to show the world what Queensland has to offer,” Mr Miles said.

“With a rebuilt seawall, terminal, carpark and pontoons, Shute Harbour Marine Terminal is now a world-class commercial facility and it’s fantastic to see it open and ready for business.

Eligible works received joint funding from the Australian and Queensland Governments under the NDRRA, while Whitsunday Regional Council provided and sourced additional funding.

Further information about the project can be found on the Whitsunday Regional Council’s website at https://yoursay.whitsundayrc.qld.gov.au/shute-harbour.