Queenslanders to decide what single-use plastics will be banned next 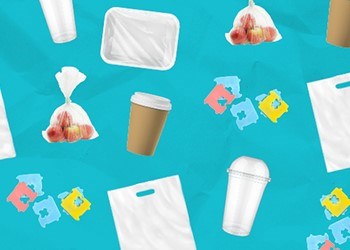 Environment Minister Meaghan Scanlon said consultation was now open to gauge how Queenslanders feel about the proposal to expand the ban to cover more single-use plastics.

“This is  part of the Government’s commitment to reduce the amount of plastic waste ending up as landfill and stop plastic pollution from ending up in our waterways, on our beaches and causing harm to our wildlife,” Minister Scanlon said.

“The ban on single-use plastic items has now been in place since September 1 this year, and I would like to congratulate the many Queenslanders and retailers who have responded amazingly and positively to the change.

“We are now very keen to hear from the community about what single-use plastic items we should target next.

“Items we are considering to be part of the ban next include coffee cups and lids, plastic drinking cups, dome lids like those used on milkshakes, plastic wrapping on magazines or newspapers, fruit and vegetable produce bags, expanded polystyrene meat trays, balloon sticks and closures, and bread bag tags.

“The current ban on single-use plastic items and other initiatives such as the Containers for Change scheme have already prevented millions of individual pieces of waste from entering the environment, but we want to hear from the community before we take the next step.”

Queenslanders interested in having their say are encouraged to fill out an online survey at https://www.qld.gov.au/supi

All submissions received will be considered before the next phase of the single-use plastic items ban is rolled out.