Hydrogen jobs of the future coming to Springfield 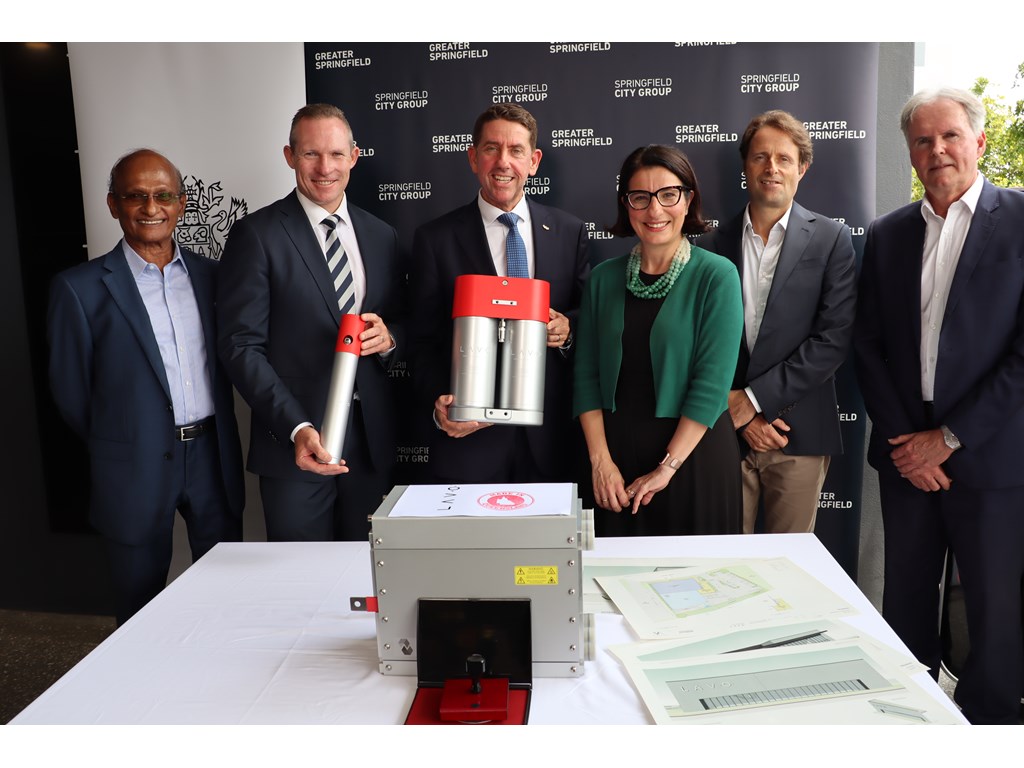 Treasurer and Minister for Trade and Investment Cameron Dick said construction of the new facility will begin in early 2022 and is expected to be delivered by the end of the year.

“This is one of the first projects to receive support through our Invested in Queensland program, and the jobs to come from this are significant,” Mr Dick said.

“Up to 200 construction jobs will be created over the next 12 months, and once fuel cell production ramps up there will be almost 170 operational jobs supported here by 2026.

“The fuel cells will be used in the world’s first hydrogen energy storage system for homes and businesses, developed in Australia by LAVO and the University of New South Wales.

“LAVO’s hydrogen technology has generated considerable customer interest here in Australia and overseas, and this new facility will allow the company to export Queensland-made products to the world.”

The LAVO HESS (Hydrogen Energy Storage System) is an integrated hybrid hydrogen battery that can be combined with rooftop solar to store 40kWh of electricity – enough energy to power a typical household for two days.

Mr Dick said partnering with companies like LAVO is part of the government’s COVID recovery plan to propel Queensland’s next phase of economic growth.

“By supporting this sort of innovation and unlocking greater private investment, we expect to create 5000 jobs over the life of the Invested in Queensland program,” he said.

“We welcome LAVO to Queensland, and the new generation of employment opportunities this hydrogen manufacturing facility will bring to our state.”

Minister for Energy, Renewables and Hydrogen Mick de Brenni said today’s announcement is a major step towards the development of an economically sustainable and competitive hydrogen industry in Queensland.

“With groundbreaking projects like this and the recent announcement by Fortescue Future Industries to establish one of the world’s largest hydrogen equipment manufacturing facilities in Gladstone, Queensland is on track to become a global hydrogen superpower,” Mr de Brenni said.

Trade and Investment Queensland has also been working with LAVO for the past two years, assisting in early negotiations to attract the company to Queensland.

CEO and Executive Director of LAVO Alan Yu said the company is excited to be manufacturing the fuel cells here in Australia under a joint venture agreement with Netherlands-based Nedstack, developer of the fuel cells.

“Through our research and development, we are taking existing fuel cell technology and introducing integrated solutions to make hydrogen possible for everyday use and for a much wider audience,” Mr Yu said.

“We will be working to maximise the use of local suppliers in the manufacturing process and will be supplying both domestic and international markets across the residential, off-grid, telecommunications and commercial sectors.

“The Queensland Government’s strong commitment to the development of the hydrogen industry really attracted us here.

“Support we’ve received from Springfield City Group was also a key factor to locate our manufacturing facility to Queensland.”

Under its net zero energy strategy by 2038, Greater Springfield aspires to produce more energy than it can consume.

Springfield City Group Chairman Maha Sinnathamby said the focus on efficient and sustainable energy production, storage and integration within the community had never been more important for Australia, and for Springfield City.

We can be an ongoing exemplar for others to follow,” Mr Sinnathamby said.

“The population of Springfield City is expected to triple to more than 130,000 over the next two decades, so there’s a responsibility to our residents both now and into the future to get this right.”

While LAVO’s current focus is on establishing the fuel cell facility, the company is also proposing to develop more advanced manufacturing capabilities in Queensland by 2024.

This includes the assembly of additional hydrogen-based powered units and other hydrogen components such as electrolysers and hydride vessel production.

Member for Jordan and Assistant Minister for Treasury Charis Mullen said LAVO’s decision was a vote of confidence in the region and showed the settings were right for industry and business to flourish.

“This is an Australian-first and could be one of the largest hydrogen fuel cell facilities in the southern hemisphere, so it’s great news for workers and our community,” Ms Mullen said.

“And with LAVO planning to grow its Springfield operations once established, there’s the potential for hundreds of additional jobs to be created locally, which is really exciting.”

“Local hydrogen development means more local jobs, and our government is proud to be leading the charge in this space,” Mr McCallum said.