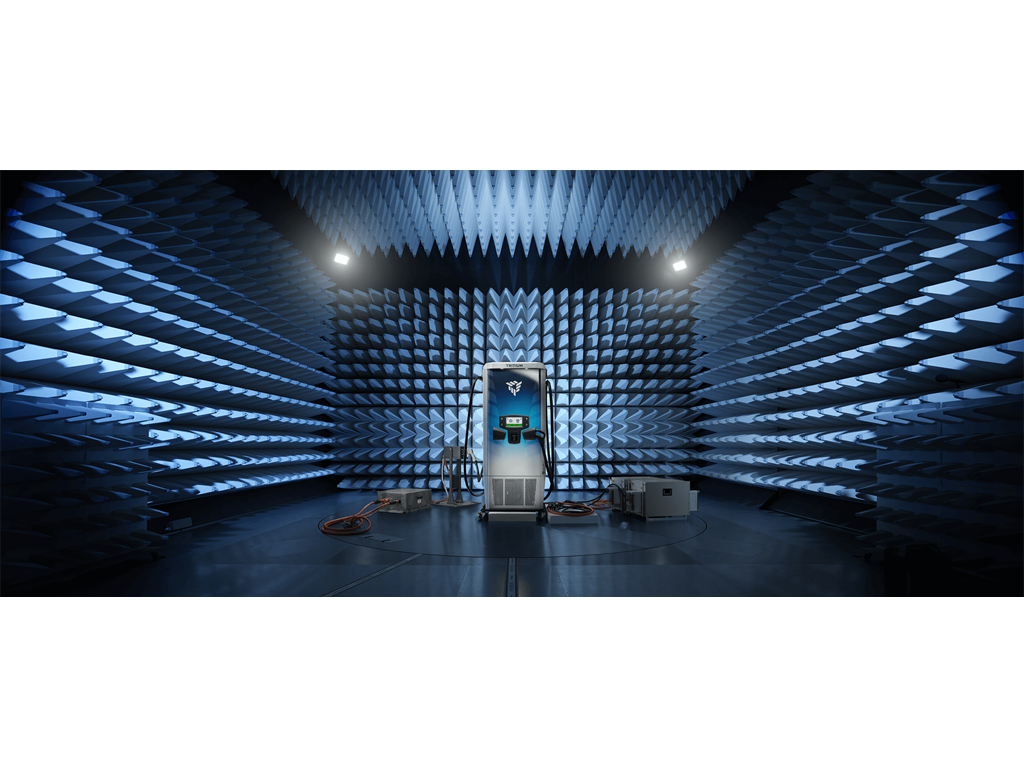 An EV charger testing facility containing one of the world’s largest and highest-powered electromagnetic compatibility (EMC) testing chambers has opened in Brisbane today.

“Tritium is changing the face of the global electric vehicle (EV) industry, and we’re so proud to be here today to open a world-class compliance testing facility at the company’s Brisbane headquarters,” Mr Miles said.

“The growing global demand for renewable energy – and all the machinery that uses it – will mean more jobs in more industries here in Queensland, because we’re setting ourselves up to be the home to facilities just like this.

“The facility will allow Tritium staff to more rapidly test and deploy chargers and increase its speed to market.

“This is a huge milestone for a company the Palaszczuk is proud to have backed and a winner of the 2018 Premier of Queensland’s Exporter of the Year Award.”

Minister for Employment and Small Business and Member for Bulimba Di Farmer said Tritium is a Queensland success story contributing to Queensland’s economic recovery and highlighting the state’s strength in EV tech on the world stage.

“The place that can conquer this technology first will be the place the world turns to as the industry grows; that’s why we’re so proud to see companies like this leading the pack,” Ms Farmer said.

“On behalf of the Palaszczuk government I’d like to congratulate Tritium. They’re now making waves globally; just last month Tritium was named chargepoint manufacturer of the year at a UK awards event.”

Minister for Transport and Main Roads Mark Bailey said the Palaszczuk government had committed to another 18 charging stations across inland regional Queensland in Phase 3 of the Super Highway. Phase 3 will extend from Mount Isa in the West to Goondiwindi in the South. Phase 3, which will use Tritium’s new market leading 75kW chargers, is expected to be completed by the end of 2022.

“Not only were we the first state in Australia to develop an EV strategy, but we revolutionised electric vehicle travel through delivering the Queensland Electric Super Highway.

“We expect the growth in the state’s electric vehicle charging infrastructure will help accelerate investment in additional renewable energy projects.

“Every time a motorist makes the choice to fill their tank with energy generated in Queensland, it allows for the continued growth of renewables in our state.

“The $2 billion Renewable Energy and Jobs Fund means electrical vehicle owners will have access to the cheapest, cleanest electricity in the nation, and we’ve already committed to double the number of EVs in its QFleet year on year.”

The facility features one of the highest power commercially accessible EMC testing chambers in the world. The facility is designed to deliver up to 720kW of regenerative power from its integrated system with fully integrated AC and DC power feeds, ensuring Tritium can test devices that demand very high power levels to Federal Communications Commission (FCC) and International Electrotechnical Commission (IEC) certification requirements.

The custom-designed chamber features a five-metre turntable with high-power connections, providing Tritium with the ability to test a full high-powered charging system, consisting of the charger itself and an accompanying power cabinet.