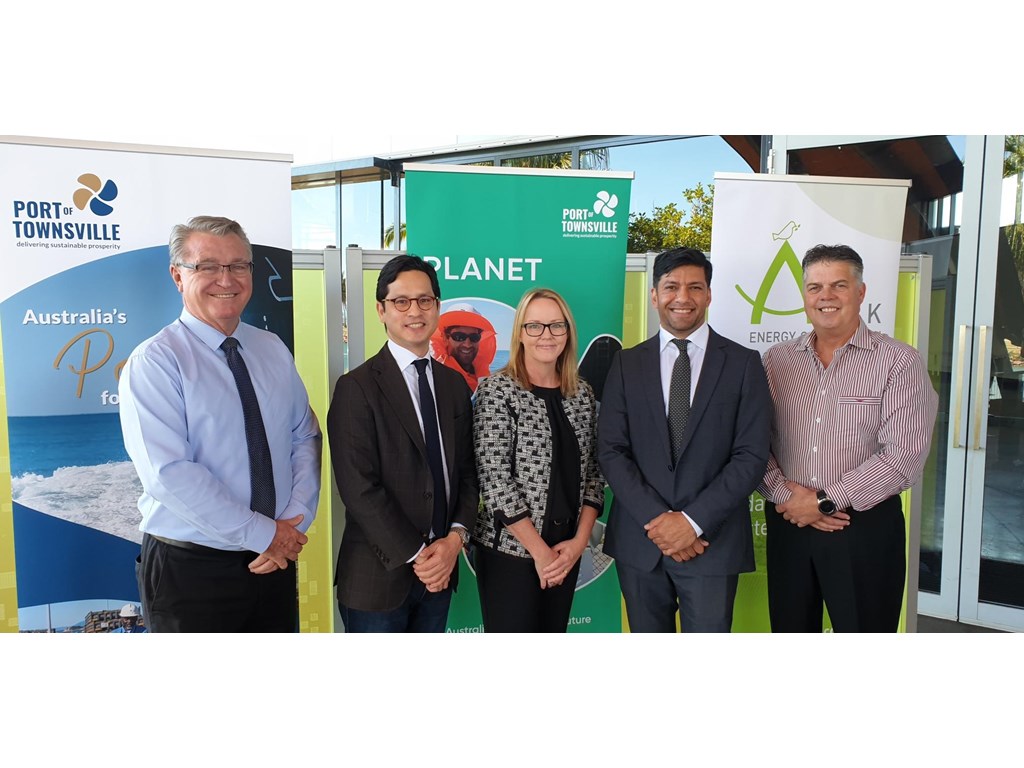 North Queenslanders could be shipping 120,000 tonnes of renewable hydrogen to South Korea in the next decade with the Port of Townsville and Ark Energy signing a Memorandum of Understanding (MoU) today.

Minister for Energy, Renewables and Hydrogen Mick de Brenni said a feasibility study will investigate the development of a renewable hydrogen facility focused on the transport industry at Sun Metals’ zinc refinery in Townsville, along with hydrogen export facilities at the Port of Townsville.

“Now, through partnerships like this one, Queensland hydrogen will help decarbonise the world and create decent, secure jobs for regional Queenslanders.

“Our key strategic advantage in Queensland is our State-owned ports.”

Minister for Resources and Member for Townsville Scott Stewart said the Port of Townsville was a key piece of infrastructure when it comes to developing hydrogen exports.

“Sun Metals is one of Townsville’s most innovative businesses and it’s exciting to have their sister company, Ark Energy, plan to export renewable hydrogen to South Korea from Queensland’s publicly-owned port,” Mr Stewart said.

Government Hydrogen Champion and member for Mundingburra Les Walker said this was a major step to developing a growing industry for Townsville.

“There are potentially thousands of jobs in the hydrogen industry and Townsville is perfectly placed to take advantage of this,” Mr Walker said.

“In April, the Port of Townsville signed a MOU with Origin Energy to facilitate hydrogen exports to Japan and today’s agreement with Ark Energy is another exciting step to developing a local hydrogen supply chain and the jobs that will flow from it.”

Assistant Minister for Hydrogen Development and the 50% Renewable Energy Target by 2030 Lance McCallum said there were great opportunities to create a new hydrogen industry in Queensland.

“The Palaszczuk Government has been a leader in backing hydrogen for the future which is why we launched the $2 billion Queensland Renewable Energy and Hydrogen Jobs Fund as well as the Hydrogen Industry Development Strategy.”

“Ultimately our goal is to export green hydrogen to customers in Asia starting with our parent company in South Korea whose hydrogen demand could be as high as 200,000 tonnes per annum.

Port of Townsville Chief Executive Officer Ranee Crosby said Townsville, with our deep-water port and proximity to Asia, has a strategic edge to become a global hub for producing and exporting hydrogen – the energy of the future.

“This is another exciting renewable energy project for the Port as green hydrogen becomes one of the most sought-after energy products on the world market,” she said.

“We believe Townsville is well placed to be at the forefront of this energy revolution, which will also boost our economic development, create new jobs and substantially reduce our carbon emissions.

“We recently released our Port Vision 2050 – our roadmap for the next 30 years – which has a strong emphasis on action for climate change.

“Facilitating the production, usage and export of green hydrogen is one of the Port’s strategic goals.”