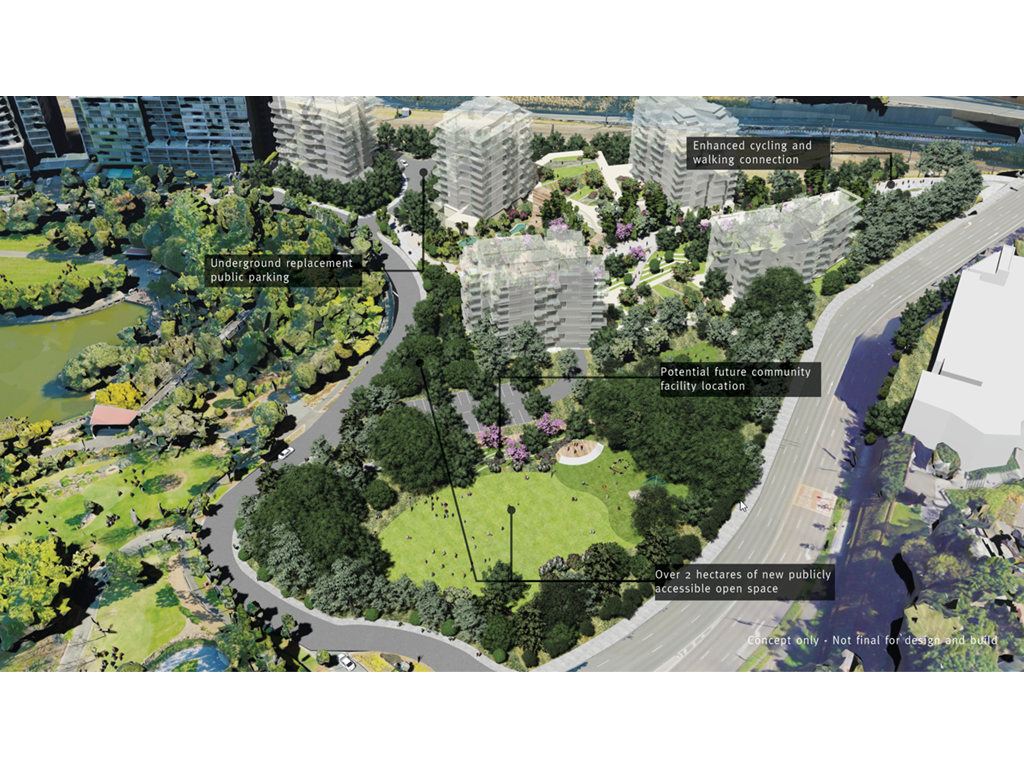 Just to the north, more than two hectares of new publicly accessible open space will be added to the Roma Street Parklands, around new residential buildings that will include social and affordable housing.

New cycling and pedestrian paths will be built through the precinct, connecting to a new indoor arena built to host events for the 2032 Brisbane Olympics and Paralympics.

“Hosting the 2032 Games will mean a 10-year pipeline of construction jobs, trade and investment opportunities, and legacy projects that will benefit Queenslanders for decades to come.

“The Roma Street precinct will include a new indoor arena, as well as more publicly accessible open space for people to enjoy.”

Transport and Main Roads Minister Mark Bailey said Roma Street Parklands would be protected and expanded under a finalised development scheme for the area.

“The Palaszczuk Government is building the infrastructure and drawing the blueprints now to support jobs as part of Queensland’s COVID-19 Economic Recovery Plan and set our state up for success in 2032,” Mr Bailey said.

“The 11 hectares of publicly accessible open space within the Roma Street Parklands will be protected forever and expanded by more than two hectares.

“Grace Grace campaigned incredibly hard to protect and expand the parklands, so this is a great community outcome.”

Member for McConnel Grace Grace said creating more public open space and including social and affordable housing requirements for future development would provide greater access to the parklands for the community in the long term.

“Not only will the development scheme protect and expand the Roma Street Parklands, but it will allow more people to enjoy this amazing location as their ‘backyard’ and all the benefits that come with inner-city living,” Ms Grace said.

“This scheme identifies opportunities to help us renew one of Brisbane’s most underutilised inner-city locations while protecting and enhancing the beautiful natural features that already exist there.

“It’s also helping us get Olympics ready now, by including provisions for a new Brisbane indoor arena within the PDA.”

Mr Bailey said the new Roma Street station and precinct would be an integral part of the 2032 Olympic and Paralympic Games, with a proposed arena likely to host swimming and water polo events.

“Crews have been working up to 33 metres below ground to excavate the 280-metre-long cavern.

“More than 130 workers have been involved in this part of the Cross River Rail job, getting the site ready for the arrival of the project’s mega machines – TBMs Else and Merle – which are currently making their way beneath the CBD.

“The progress underway at Cross River Rail’s Roma Street site is a terrific example of how we’re getting Olympics ready, already.”