Thirty kilometres of Richmond-Winton Road to be sealed 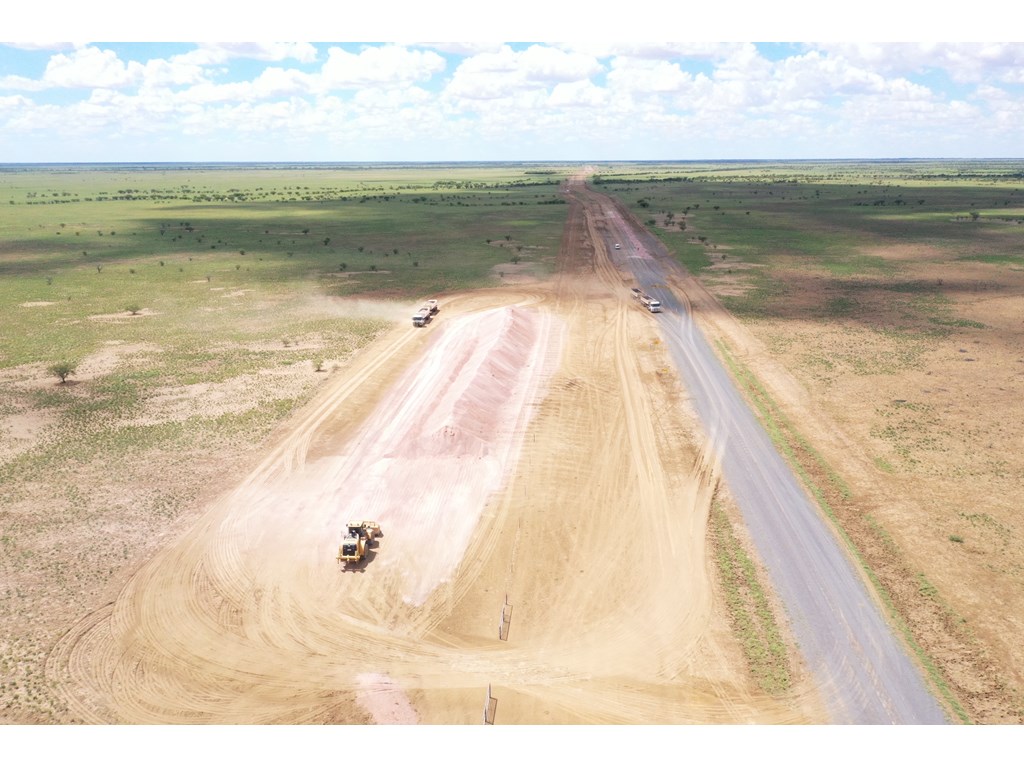 A $24 million upgrade is under way to widen and seal more than 30 kilometres of the Richmond-Winton Road.

The upgrade will also and replace key structures, including culverts, and improve road safety and travel times on the key regional connector, as part of an $364.68 million Australian Government to enable the fast roll-out of safety treatments on roads across Queensland.

This includes $5.39 million to seal additional sections of the Richmond-Winton Road, helping reduce deaths and serious injuries as part of the $3 billion nationwide Road Safety Program.

The investment also includes $16.3 million committed to boost delivery of immediate benefits to the regional economy while providing long-lasting infrastructure capable of supporting growth well into the future.

Minister for Agriculture and Northern Australia and Federal Member for Maranoa David Littleproud said the Richmond-Winton Road upgrade is being delivered across four projects.

“The $2.7 million replacement of a culvert to improve flood resilience kicked off in September 2020 and was completed in December 2020,” Mr Littleproud said.

“The additional three projects focus on sealing and widening various gravel sections, while construction on a $3.3 million project to seal more than four kilometres started in November 2020.

“The Palaszczuk Government has committed more than $980 million over the next four years to upgrade and improve safety on the state’s western roads and highway upgrades,” Mr Bailey said.

“Earlier this year, I was in Longreach chatting to the road crew upgrading sections of the road to Muttaburra.

“There are plenty of upgrades happening to across the Central West to seal and widen roads and upgrade culverts, because we’ve worked with the Federal Government through the COVID-19 pandemic to deliver new funding and create jobs.

“The good thing is that many of those projects are contracted to councils so the work is delivered by locals, for locals.”

“Sealing roads is one of the simplest ways to improve safety and reduce travel times for locals and freight,” Mr Saunders said

“After dealing with dust off unsealed roads and patchy surfaces, these projects make a huge difference to the local community.

“By the time this work finished in the middle of next year, about 103 kilometres of the 145 kilometre road will be fully sealed.”

Richmond Shire Council Mayor John Wharton said the work had come at a time when it was needed most.

“Continuity of work for our road crew has never been more critical given the current climate, and this injection of funding has certainly come at the right time,” Cr Wharton said.

“One of the projects alone is supporting 21 direct jobs over its life at a time when they are needed most. This gives our people confidence while providing a better road network for everyone in the community and all those who travel along it.”

Winton Shire Council Mayor Gavin Baskett said its work crews were also benefiting from the funding boost with the upgrade having widespread impacts.

"The funding is certainly being put to good use as the sealing of this road is important to our local communities, businesses, and surrounding industries who rely on a reliable transport network to not only survive but thrive," Cr Baskett said.

“The Richmond-Winton Road is key to carting livestock and getting mining product moving, as well as helping grow the drive tourism industry in Outback Queensland, so this upgrade is definitely set to deliver real benefits right across the board.”

For more information about these projects, please visit: www.tmr.qld.gov.au.