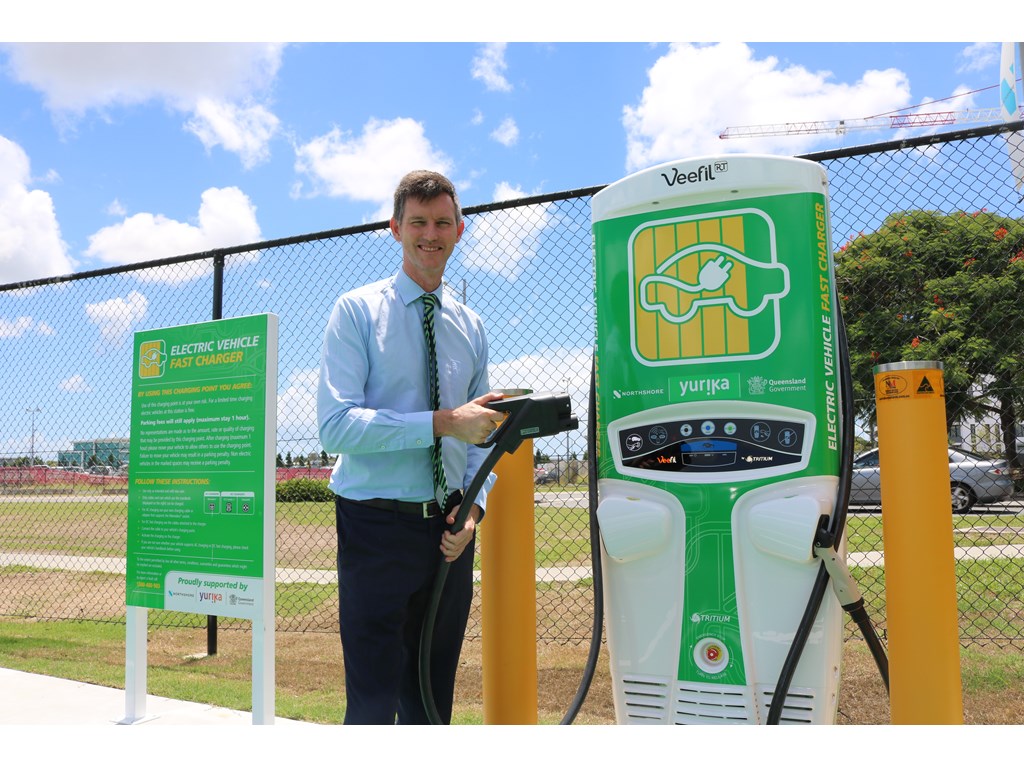 The Palaszczuk Government will almost double the length of Queensland’s Electric Super Highway (QESH) with a $2.75 million commitment to deliver 18 new charging sites across the state.

The extension will allow motorists to explore Outback Queensland entirely emissions free, driving tourism and economic recovery in the North-west.

"By developing the new Zero Emission Vehicle Strategy, we are building on the achievements of our existing electric vehicle strategy: The Future is Electric," Mr Bailey said.

"Not only were we the first state in Australia to develop an EV strategy, but we revolutionised electric vehicle travel through delivering the Queensland Electric Super Highway.

Mr Bailey said the phase-three rollout would nearly double the length of the existing QESH network.

"We'll see the length double from just under 2000 kilometres to almost 3800 kilometres and once complete, will feature 49 fast charging locations connecting EV drivers across Queensland.

“Electric vehicle drivers will be able to take trips from Brisbane to Mount Isa, Goondiwindi to Emerald, and Longreach to Cairns knowing there are charging stations along the way.

“Sending the QESH out west not only puts EV charging on the map in regional Queensland but supports the drive tourism market too, importantly to tourism centres like Winton where the Palaszczuk Government is delivering $4.9 million in new additions to the Australian Age of Dinosaurs museum.”

Energy, Renewables and Hydrogen Minister Mick de Brenni said expanding the Queensland Electric Super Highway was just another way the Palaszczuk Government was working towards the 50 per cent renewable energy target by 2030.

“Every time a motorist makes the choice to fill their tank with energy made in Queensland, it allows for the continued growth of renewables in our state,” Minister de Brenni said.

“Our $2 billion Renewable Energy and Jobs Fund means electrical vehicle owners will have access to the cheapest, cleanest electricity in the nation.

“Growing the Queensland Electric Super Highway also means we can look towards accelerating the transition of the government fleet from petrol to electric, building on our commitment to double the number of EVs in QFleet year on year.

“There are currently 81 EVs being driven by our palliative care nurses, TAFE teachers and other frontline workers, and five Hyundai NEXO hydrogen fuel cell vehicles are due to arrive in the coming weeks too.

“Now, we want Queenslanders to have their say on the new Zero Emission Vehicle Strategy, so our government can plan for a clean energy, clean transport future.”

or visit www.qld.gov.au/transport/projects/electricvehicles for more information.

The new QESH charging stations will be located at: