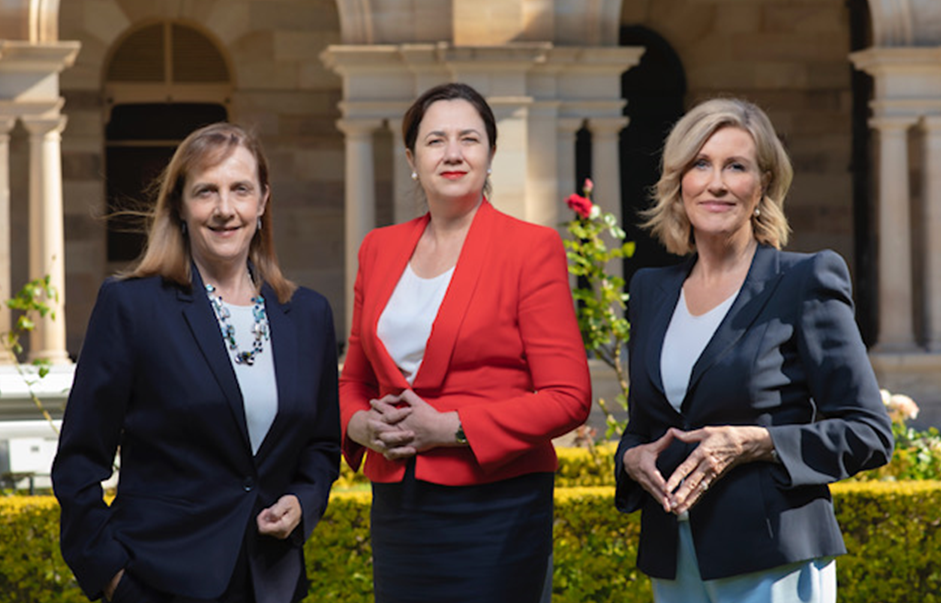 Premier Annastacia Palaszczuk has appointed Vanessa Fowler as Co-Chair of the Domestic and Family Violence Prevention Council following the departure from the role of Kay McGrath OAM.

She will join her fellow Co-Chair former Queensland Police Commissioner Bob Atkinson AO APM, for a twelve-month term from the 1st of June 2021.

Ms Fowler is the current Chair of The Allison Baden-Clay Foundation which works within the primary prevention space of family and domestic violence, educating bystanders on the importance of recognising the signs of coercive control and empowering them with tactics they can use to intervene effectively.

Each year the Foundation creates awareness campaigns for businesses and the community, such as Relationships Red Flags and Stand By Her, to champion their cause.

Premier Annastacia Palaszczuk said she had met and talked with Vanessa many times and like so many others she admires her great courage and tenacity.

“Having suffered the heartbreak and the dreadful loss from her sister Allison’s murder at the hands of her husband, Vanessa stepped up as a passionate advocate for all the victims and survivors of the shocking scourge of domestic violence," the Premier said.

“The strength that she and her family have shown in the wake of such a tragedy is inspiring.

“Her measured and calm manner reassures us - that by working together we can and will bring about change for the better.

“Vanessa brings a whole new perspective to the Council’s vital role of promoting greater community action to stamp out the scourge of domestic and family violence.

“She is a person of outstanding calibre and with a passionate commitment to help drive the on-going roll-out of our critically important domestic and family violence reforms."

“Kay’s diligence ensured the Queensland Government delivered all 140 recommendations of the Not Now, Not Ever Report and substantially reformed Queensland's response to domestic and family violence," the Premier said.

“For more than 30 years now, Kay has shown unwavering dedication to protecting women and children in Queensland.

“Without her resolute leadership, we would not have achieved what we have so far or be as determined to continue to achieve change.

“I asked Kay to take on a new role as a state-wide Champion, leading the Domestic and Family Violence Prevention Champions Group (the Champions Group) and I’m delighted she has agreed.

“The Champions Group has an important role in supporting the Queensland Government to achieve the outcomes of the Domestic and Family Violence Prevention Strategy 2016−2026 and current and subsequent action plans.

“It is vital that, collectively, we continue to build the momentum of community−led action across Queensland and I am grateful for Kay’s on-going commitment to our reform program.”

The Premier said while Queensland continues to lead the nation in its efforts to prevent and respond to domestic and family violence, more work needs to be done.

“We’ve been working hard for a long time to stamp out this shocking scourge from our society," the Premier said.

"We’ve brought the issue out from behind closed doors and have already invested more than half a billion dollars to support our 10-year comprehensive reform agenda."