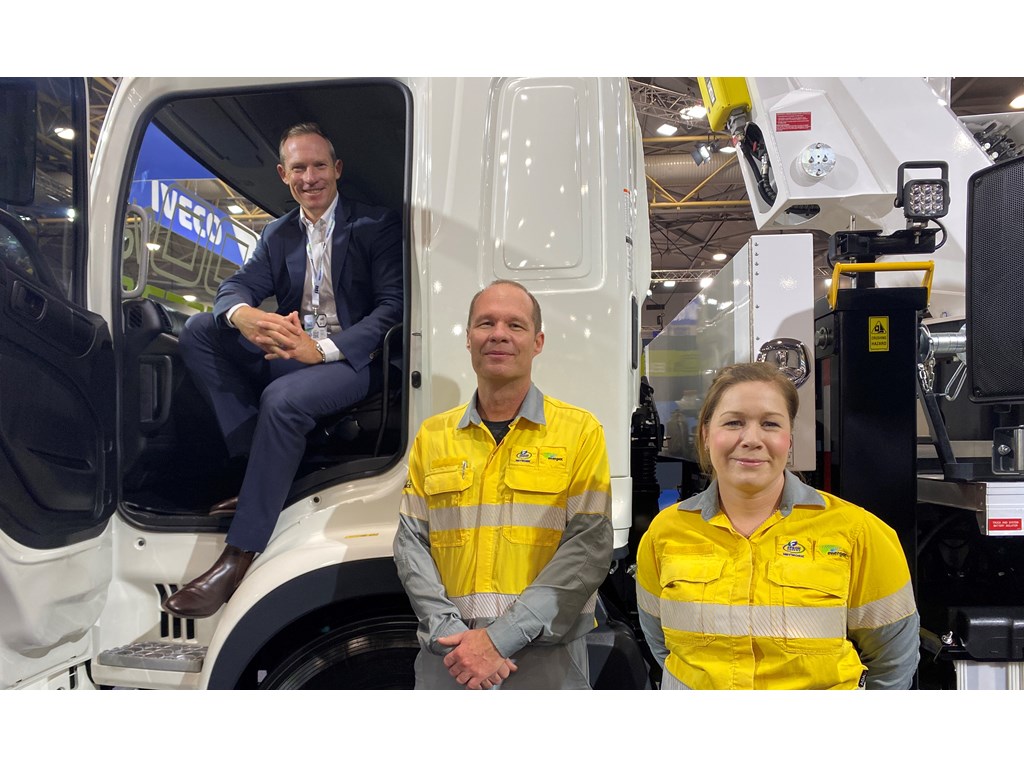 The 15.5 tonne Mobile Elevating Work Platform (MEWP) debuted at the Brisbane Truck Show this week and will be based at Energex’s Stafford depot.

“Our Energex crews work around the clock to keep Queenslanders safe and connected and are some of the first on the frontline when storms strike,” Mr de Brenni said.

“The arrival of the MEWP puts them on the forefront of technology in the heavy transport space, with this electric motor producing up to 2,500nm of torque.

“A 138kWh battery pack sits where fuel and air tanks traditionally would, saving around 30 tonnes of diesel emissions each year.

“With more Queenslanders getting behind the wheel of electric cars, heavy transport is the next logical step in our efforts to decarbonise.”

Energex CEO Rod Duke said the new addition to the company’s fleet is an exciting insight into the future of EVs in Queensland.

“While we’ve had electric and hybrid cars in the fleet for many years, this truck is the first of its kind for us and we’re looking forward to putting it through its paces,” Mr Duke said.

“It’s a real game-changer for our emergency response in a number of ways and has a range of 200km once fully charged, which will obviously have benefits in terms of reduced carbon emissions.

Footage of the EV MEWP can be found here.