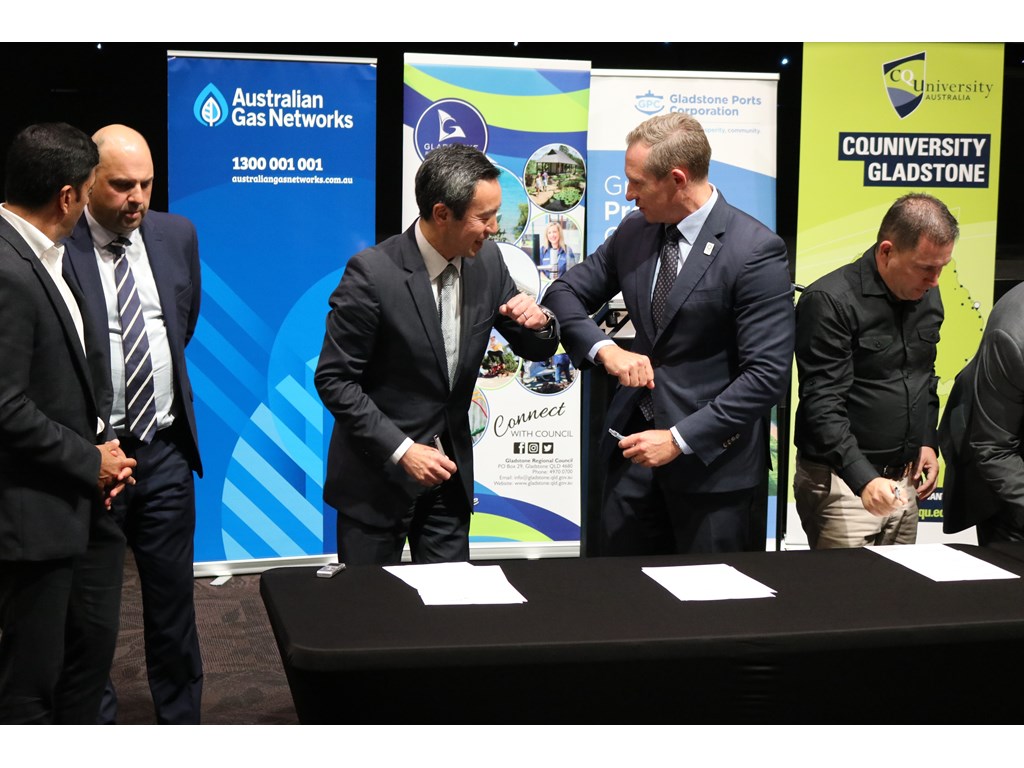 Queensland’s hydrogen credentials have hit another milestone with the signing of a memorandum of understanding with a major Japanese multinational in Gladstone today.

Minister for Energy, Renewables and Hydrogen Mick de Brenni said the collaboration shows international confidence in Queensland as a global destination for investment and as a future reliable renewable energy exporter.

“Today’s signing is a major endorsement of international investor confidence, that a global corporation in Sumitomo is working with Queensland and local companies to deliver renewable hydrogen,” Mr de Brenni said.

“We know countries around the world, like Japan, have mandated decarbonisation and set clear targets – and they’re looking to Queensland for help to meet them.

“With access to existing water and gas pipeline infrastructure and publicly-owned ports giving crucial access to domestic and international markets, Queensland is well placed to supply renewable hydrogen to the world, and Sumitomo recognises this.

“By 2030, Queensland will need a fully integrated, export-scale hydrogen supply chain if we are to meet the demand from countries like Japan,” Mr Butcher said.

“Fortunately, Gladstone has an outstanding record in the development of energy exports from a standing start, considering we grew our $70 billion LNG industry in just under a decade.

“The development of a modern, world-leading energy sector is critical to growing Queensland manufacturing and sustaining our resources sector.”

The Gladstone Hydrogen Ecosystem design study is targeted to commence next month.