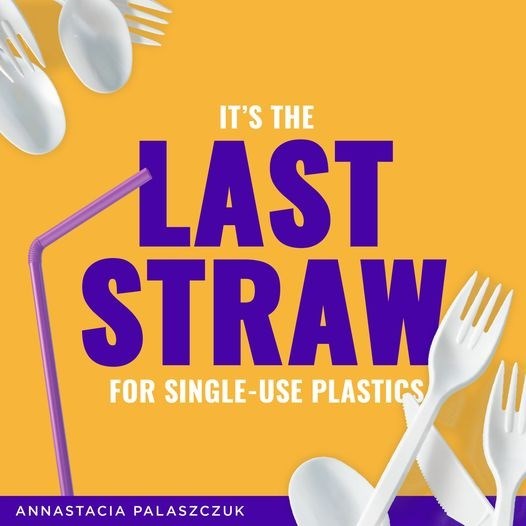 Polystyrene foam food containers and cups as well as single-use plastic straws, stirrers, cutlery and plates will all be banned from September 1, 2021 under new legislation passed by Queensland Parliament today.

Environment Minister Meaghan Scanlon said there was overwhelming community support for banning these types of products which were too often discarded thoughtlessly.

“Plastic pollution is spoiling our streets and parks, escaping into our ocean and waterways and killing our iconic wildlife,” Minister Scanlon said.

“Half of all plastic produced is designed to be used only once and then thrown away and that litter is destroying our environment.

“The Palaszczuk Government takes its responsibility to protecting our world-renowned natural features such as the Great Barrier Reef very seriously and the Waste Reduction and Recycling (Plastic Items) Amendment Act 2020 is the next step in our war on waste.

“Now, we intend to continue removing these types of products from the environment, with this legislation focusing on single-use straws, stirrers, cutlery, and plates.

“During our community consultation stage, from March last year, some 94 per cent of the 20,000 respondents supported our proposal to ban these items.

“In addition, our latest online survey, which concluded on 15 January, also supported the inclusion in the ban of expanded polystyrene products such as takeaway food containers and cups – with an overwhelming 98 per cent of 6800 respondents in favour of removing them from our environment.”

There will be exemptions to the ban for anyone who may require access to a single-use plastic item, such as a plastic straw, due to permanent or temporary disability or other healthcare needs.

The Palaszczuk Government has already taken strong action to first ban lightweight single-use plastic shopping bags and to then introduce the very successful Container Refund Scheme which has seen nearly 3 billion containers returned for refunds and more than 700 jobs created across Queensland since 2018.

“This legislation also makes provision for more single-use items to be banned through regulation in the future,” Ms Scanlon said.

“During the consultation for the ban on single-use plastics, there were many suggestions for other items that could be prohibited which we will now consider.

“But, as always with the Palaszczuk Government, we will conduct extensive public consultation and give business and the community time to transition before any further bans are introduced.”

Peter Olah, National Executive Officer of the Australian Organics Recycling Association, said plastics contamination was the biggest barrier to achieving an even greater environmental and economic contribution through organics recycling.

“Each state must implement a ban on single-use plastics which are not compostable, Mr Olah said.

“We congratulate Minister Scanlon and the Queensland Government for leading the way.”