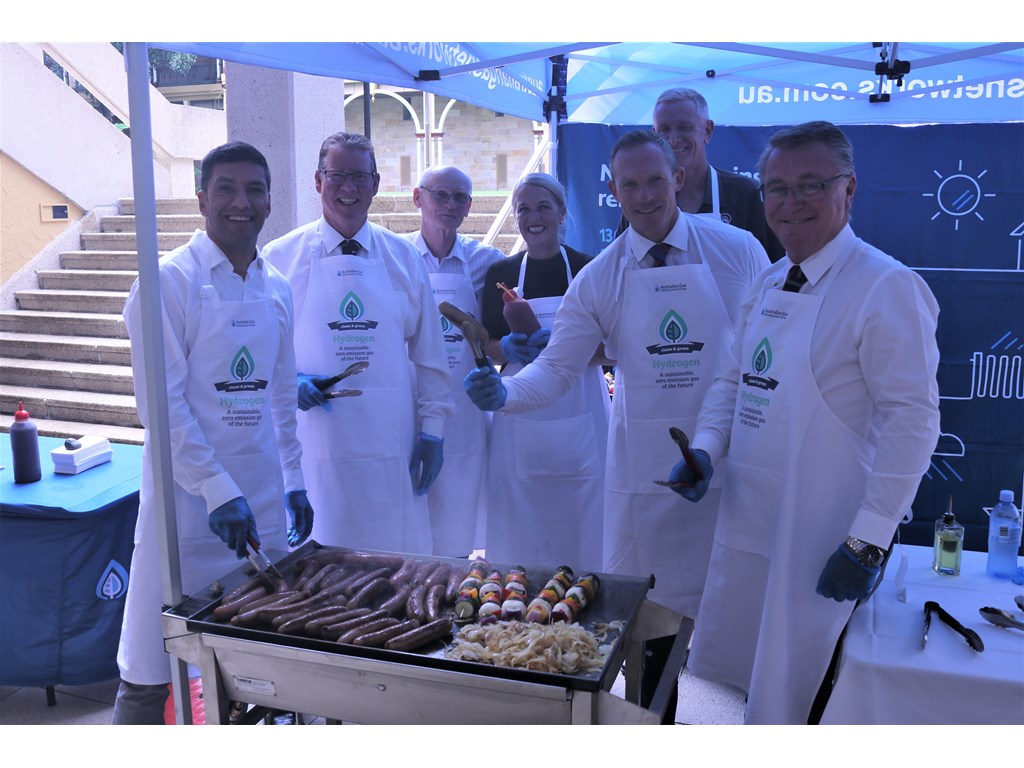 Gladstone is fast on its way to becoming a renewable hydrogen superpower, with the proposed hydrogen plant project hitting milestones ahead of schedule.

Minister for Energy, Renewables and Hydrogen Mick de Brenni said the Palaszczuk Government was investing more than $1.7 million into the project to drive the hydrogen industry forward and create highly skilled jobs in regional Queensland.

“The Hydrogen Park Gladstone project will be the first in Australia to blend renewable hydrogen into an entire city gas network for residential, commercial and industrial customers,” Mr de Brenni said.

“I understand the project is off to a great start, with the first major milestone – procurement of the plant’s 175kW electrolyser – accomplished several months ahead of schedule.

“Last month, I inspected the potential site in South Gladstone with representatives of the Australian Gas Infrastructure Group (AGIG), who have informed me that they’ve finalised their detailed engineering and design and the project is full steam ahead.”

AGIG Chief Executive Officer Ben Wilson said next steps for the project included securing the site, lodging the Development Application, and appointing partners to commence construction this year as part of an accelerated target delivery model.

“We are proud to partner with the Queensland Government on this ground-breaking project,” he said.

“Starting with our gas networks, this $4.2 million project supports Gladstone’s vision to be a key hub for Queensland’s domestic and hydrogen export industry, just as it is for natural gas today.”

Minister for Regional Development and Manufacturing and Member for Gladstone Glenn Butcher said the Port City remains at the forefront of hydrogen industry development in Australia.

“Under the Palaszczuk Government, Gladstone has already secured the H2-Hub and an agreement with Japan’s Sumitomo to produce renewable hydrogen,” Mr Butcher said.

“The Hydrogen Park is another great outcome from our government’s Hydrogen Industry Development Fund, of which AGIG was actually the very first grant recipient.

To showcase the greater everyday potential of hydrogen, Minister de Brenni and AGIG representatives joined Queensland’s Hydrogen Champions and a host of MPs at a hydrogen-powered BBQ on the Speaker’s Green today.

Central Queensland Hydrogen Champion Barry O’Rourke said the BBQ is the first of its kind in Australia.

“While I could never pass up the opportunity to cook some snags, today was all about showcasing that hydrogen can be safely used in our homes in the same way we use our gas appliances today,” Mr O’Rourke said.

“BBQs like this could one day be in every Queenslander’s backyard, but first, we need to establish the renewable hydrogen supply to power them.