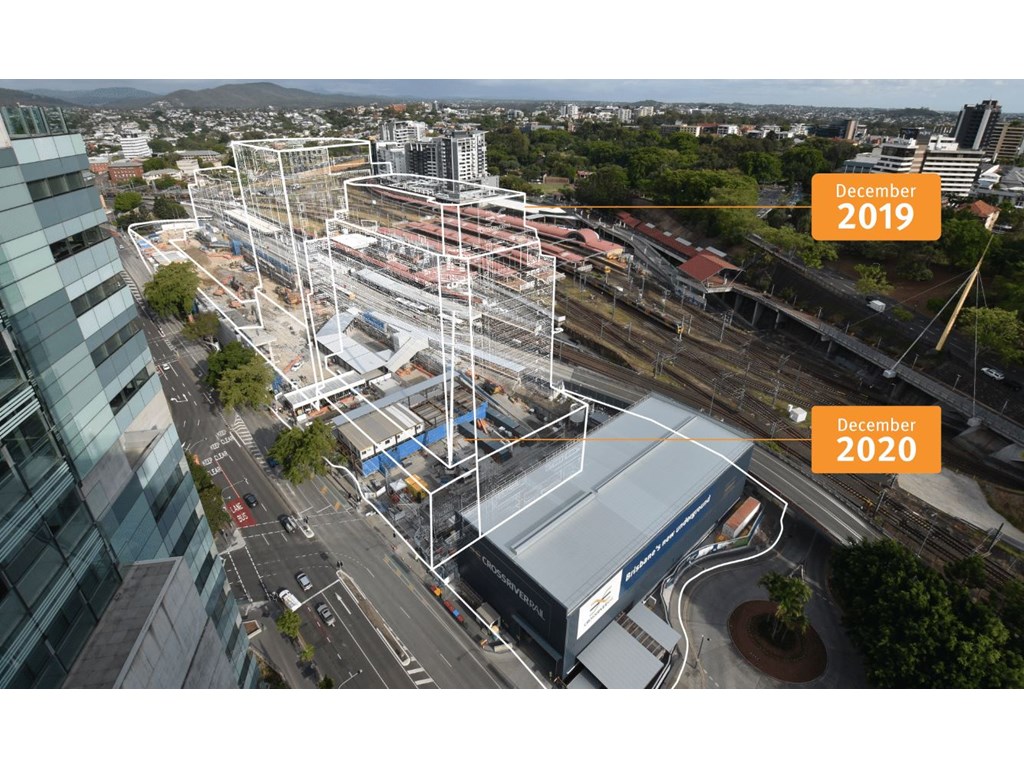 Minister for Transport and Main Roads Mark Bailey said a mammoth operation had been underway since the start of demolition works at Cross River Rail’s Roma Street site were announced exactly a year ago today.

“Getting rid of the three buildings on site – Hotel Jen, the East Tower the West Tower, which housed the Brisbane Transit Centre – has been one of Brisbane’s largest ever demolition exercises,” he said.

“Thanks to the health response of Queenslanders however, the Palaszczuk Government has been able to get on with the job of creating jobs and delivering our state’s COVID-19 economic recovery plan, which includes building Cross River Rail.

“About 20 subcontractors and around 900 workers have been involved at various stages over the past year.

“More than 98 per cent of demolition waste has been recycled – that’s more than 104,000 tonnes of concrete and more than 5,500 tonnes of metal and steel.”

“Work will now start on installing 120 piles to stabilise the ground on site before crews start excavating the new station building’s 20-metre-deep shaft.

Ms Grace said while the two-hectare Roma Street site was a hive of activity above ground, even more work beneath the surface went unseen, as two huge roadheaders were excavating the station cavern.

“Construction of Cross River Rail is progressing at a time when our economy needs it most.

“Cross River Rail is injecting more than $4 million a day into the economy and has already supported more than 2,400 workers so far.”