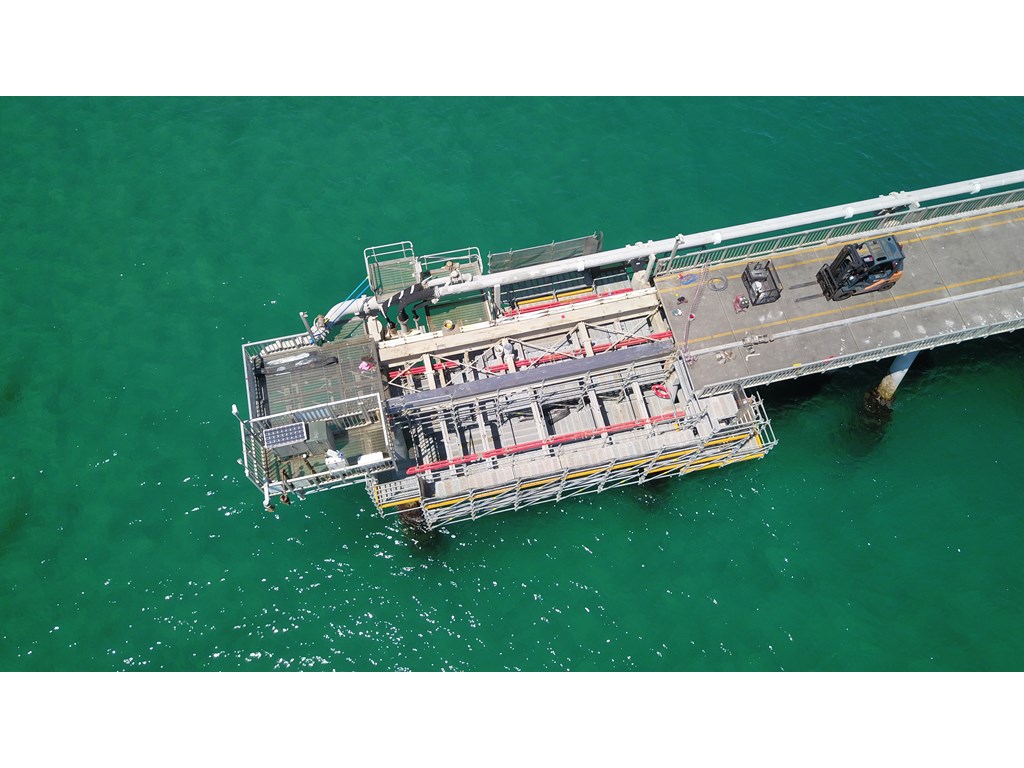 ‘The Palaszczuk Government is investing more than $34 million to upgrade and maintain our waterways on the Gold Coast and also support close to 100 jobs as part of Queensland’s COVID-19 economic recovery plan,’ Mr Bailey said.

‘The job was carried out by local firm Alder Constructions with about 25 people working on site at the project’s peak providing a much-needed boost for the business and their employees.

‘The cranes are needed to lift the jet pumps out of the water so they can undergo maintenance.

‘The pumps are at the heart of the system’s operations which is why it’s critical we keep them in peak condition.

‘They suck up sand from the seabed beneath the jetty and then pump it underneath the Seaway to South Stradbroke Island, keeping this vital connection between the ocean and the inland waterways open for recreational and commercial vessels.

‘The jetty strengthening project is one of the biggest upgrades to the Sand Bypass System since it began operating in the 1980s.

‘This is about creating a wave of work that’ll support jobs, support the local $770 million waterways industry and maximise the potential of our famous beaches, rivers and bays for the millions of families and tourists who flock to them every year.’

CEO Hal Morris said the project also involved the demolition of an ageing structure at the entrance to the jetty, enabling the installation of a new disability compliant ramp to improve access for visitors.

‘We’re aiming to have the jetty open to public access before Christmas.

‘However, I’d like people to be aware that because the jetty supports working components of the Sand Bypass System we will have to close it  from time to time to allow work to be done safely.’

Mr Morris said the jetty will generally open to public access from 8 am to 8 pm with any changes to those hours being posted on  GCWA’s website and social media pages.

Completed in 1986, the Sand Bypass System was the first of its kind in the world.

The System is designed to replicate the natural northerly movement of sand along the Gold Coast’s coastline. In the 2019-2020 financial year it transported almost 661,000 m³ of sand under the Seaway to South Stradbroke Island, a similar amount to the previous year.

That’s enough sand to fill Cbus Stadium at Robina to a height of 132 metres.

The Sand Bypass System reduced the need to dredge the Gold Coast Seaway entrance annually to once every 5-8 years. The last time the Seaway entrance was dredged was in 2011.

With the jetty upgrade complete, planning is underway for a $6.5 million dredging campaign to remove a shoal near the Seaway entrance and dredge the adjacent North and South Channels.