Mon Repos welcomes home most studied turtle in the world 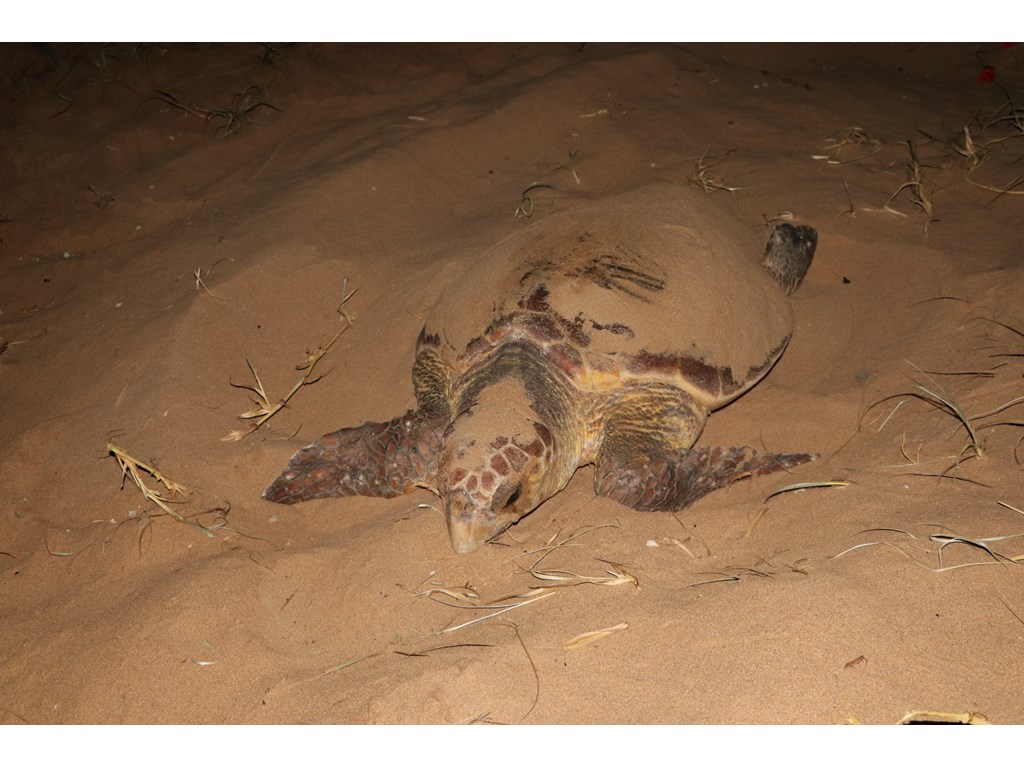 Minister for Environment Meaghan Scanlon has welcomed her arrival, as the centre celebrates 53 years of scientific investigation and research into marine turtles.

Minister Scanlon said that visitors to the iconic turtle centre injected millions of dollars into the local economy.

“Mon Repos supports the largest population of nesting loggerhead turtles in the South Pacific and is critical to the survival of this endangered turtle,” said Minister Scanlon.

“The Palaszczuk Government recognises the important work of the Mon Repos Turtle Centre, with $17 million being contributed by our Government for the centre’s redevelopment being completed by mostly local firms in 2019”.

Chief Scientific Officer from Queensland Parks and Wildlife Service Dr Col Limpus said the extensive research had validated theories and had given researchers a greater understanding of turtle behaviour.

“Our continued research has given us new insights into this amazing species that others have found difficult to study,” Dr Limpus said.

“Today we welcome home a female loggerhead turtle that we have been following since hatching here at Mon Repos more than four decades ago.

“There is no other turtle in the world with this level of research and documented history.

“Since her tagging as a hatchling, we didn’t see her again until she was a twenty-two year-old youngster on the eastern banks of Moreton Bay, 450km south of Mon Repos.

“Our hypothesis that loggerheads return to the region where they hatched was proven in 2003 when she returned to Mon Repos for her first breeding season.

“After the 2003 breeding season at Mon Repos, she retuned back to foraging in Moreton Bay.

“This breeding migration cycle was repeated in the 2013 season when she again returned to Mon Repos before returning to Moreton Bay.

“She returned this year to breed for a third season - yet again demonstrating their ability to navigate back to a location where they have been before.”

While much is known about this wonderful turtle, researchers will this summer attach a satellite tracking device to follow her movements further.

The tracking device will assist in defining her inter-nesting habitat, migratory corridor, and her foraging patterns and location within Moreton Bay – where she also calls home.

This turtle is just one of the four turtles that Mon Repos will be actively tracking this year.