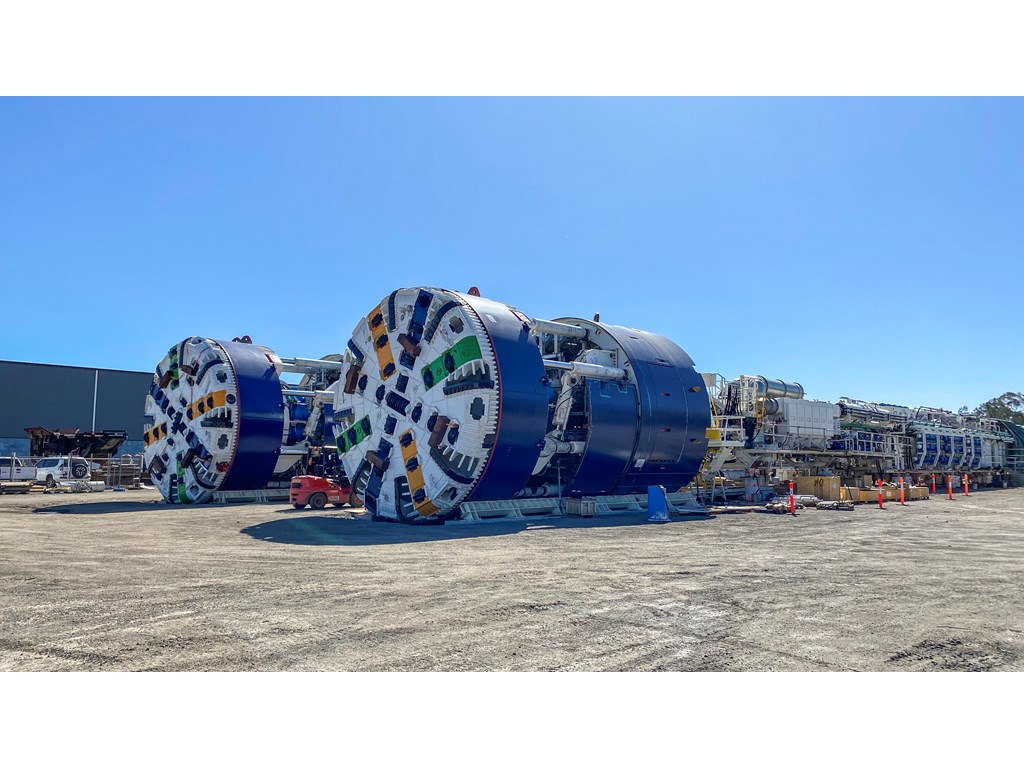 More than 100 local companies are involved in preparing the 1350-tonne, 165-metre long TBMs that will excavate the bulk of Cross River Rail’s 5.9km twin tunnels.

“The Palaszczuk Government has a $51.8 billion infrastructure program that locks in jobs to support Queensland’s economic recovery,” Mr Bailey said.

“Whether it’s building transformational projects like Cross River Rail, upgrading the Bruce Highway around Cairns and Townsville, improving the Inland Freight Route, or delivering more than $1 billion in COVID-recovery stimulus road upgrades, we have a pipeline of projects across the state creating thousands of new jobs when they’re needed most.

“More than 100 local subcontractors and suppliers are benefiting from more than $10 million in work to help get these TBMs ready.

“A great example is family-owned QIC Protective Coatings in Birkdale, who repainted the TBMs.

“Cross River Rail is injecting more than $4 million a day into the local economy and has already supported more than 2,400 workers so far.”

“The first TBM has been assembled and is going through its final checks this week, and the same process will be completed with the second machine next month.

“Crews remain on track to launch the TBMs from the Woolloongabba station site early next year,” he said.

“The TBMs will tunnel under the Brisbane River to Albert Street station in mid-2021, before continuing on to the new Roma Street station and emerging at the project’s northern portal at Normanby.

“At the same time as they’re making their way through hard rock, the TBMs will install massive 4.2 tonne precast concrete segments to line the tunnels.”